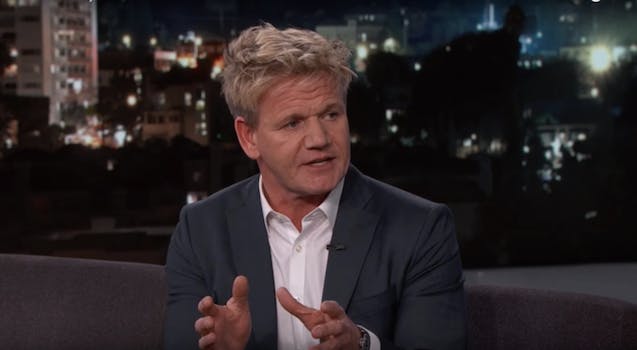 We’ve found a baby who will be a shoo-in for Gordon Ramsay‘s MasterChef Junior thanks to his striking resemblance to the world-renowned culinary ace.

The baby in question belongs to Claire Dempster, who tweeted a picture of her kid to the famous chef on Thursday, writing, “This is our baba – have you been in Wales for any reason around 10 months ago.” And we have to say, this baby could totally pass for Ramsay. Even his white onesie matches your typical chef’s apron.

He might be missing some wrinkles from the hard world of yelling at horrible cooks everywhere to get their shit together, but all his other facial features match eerily well.

Ramsay responded to Dempster, letting her know that he was in Wales approximately a year ago. It’s not the funniest response he could’ve given her, but we appreciate that he’s at least acknowledging the existence of his baby doppelgänger.

Yes about 11 months ago https://t.co/srAtXfFJa9

Now if only the two of them could meet up like Adam Sandler and his twin.