This is not fine.

There’s nothing like a good meme to show the kids you’re hip as you roast your nemesis. Seems like that’s what the GOP was trying to do when they tweeted out this well-loved meme during the opening night of the DNC.

Very good. Very funny. There’s just… one small problem. First off, doesn’t this meme depict what’s going on with the Republicans? Hi, an orange hemorrhoid made of Cheetos dust and silly putty is destroying your party. 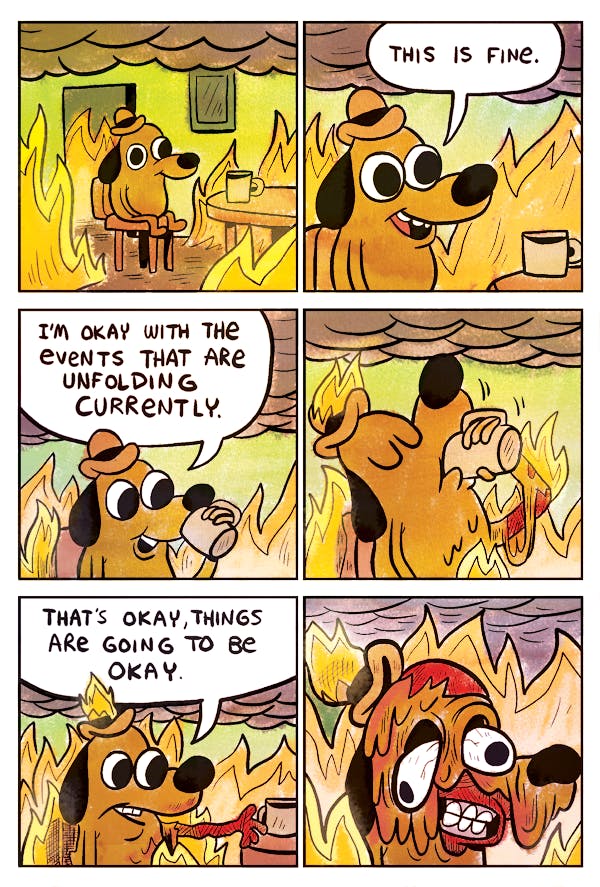 And the artist behind this meme? That would be KC Green. And he’s not with Republicans on this one.

everyone is in their right to use this is fine on social media posts, but man o man I personally would like @GOP to delete their stupid post

In case you need us to illustrate the point, here:

. @GOP We actually paid the artist who made this. Here's what he came up with. pic.twitter.com/4D4bmx9ccp

Still not getting it?

so, thus, in conclusion, the gop account can eat me.