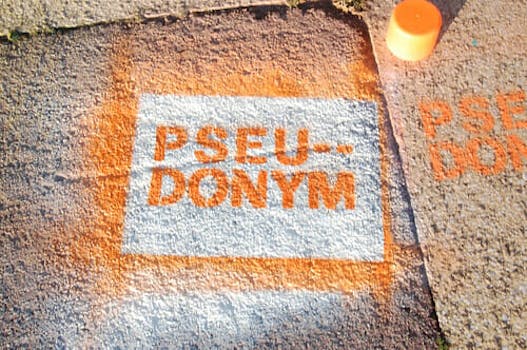 You can soon be anyone you want on Google+.

For months the company has fiercely defended its strict real-name policy, even going so far as to ban hundreds — and possibly thousands — of accounts. That drew some pretty intense opposition and was the first big speed bump in the network’s otherwise largely successful beta launch.

The debate hit at the core of how Google seemed to envision Google+: a place where you interacted with people online the same way you do in real life.

But yesterday at the Web 2.0 summit, Google executive Vic Gundotra confirmed that the company’s had a change of heart. Pseudonymity will soon be just fine.

On the Google+ page of Tom Anderson, the MySpace co-founder who’s become a kind of Google+ sage since the network launched, Google+ users were mostly supportive of the change.

“I honestly don’t think the content will change much. All that the real names policy has done is create spammers with real-looking names (and alienate an awful lot of legitimate people)” wrote Google+ user (and pseudonymous account holder) Joltrast.

“The people most upset by this change are probably not very content-driven folks anyway,” added Alex Ross. “If your whole construal [sic] of ‘identity’ is what’s in a name, then I’d probably find your social networking experiences pretty boring.”

Anderson himself was a little more ambivalent. One of the biggest problems with MySpace, in fact, was pseudonyms. According to Anderson, these added another layer of complexity in searching for people you already know. Google will need to be very careful with how it handles pseudonyms, he wrote.

“I’m guessing Google is going to find a way to tie real names to accounts,” Anderson wrote, “and expose that real name to certain people, while also being able to use a psuedonym [sic] in public.”

As the Daily Dot wrote in July, the pseudonym problem touched on more issues than just online identity. Users need to feel secure in an online space, just like they do in real life. Few liked the idea of Google engineers — or, even worse, a computer algorithm — scanning their profiles looking for some sign of rule-breaking.

By stepping back and loosening the reins, Google’s starting to put the future of the network in the hands of its users. That’s probably best for everyone.