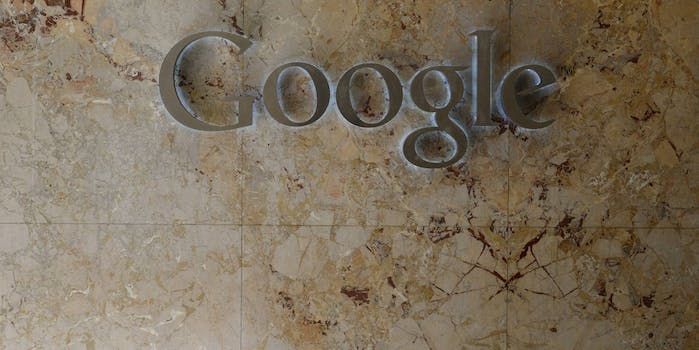 Should Google News take a stand against fake news?

Fake news isn’t always so funny. While the Onion and The Daily Show have had us in stitches for years, fake news and false information published by a seemingly real news site can be damaging.

Does a news aggregator like Google News bear responsibility for the fake or factually incorrect news it disseminates? Does Google News have some sort of mechanism to address errors or make requests for corrections or removal from its news feed? What if a news site publishes false information that harms people affected by a global health pandemic?

The article cites no sources. If Empire State News reporter Temple Li or her editor had done a quick fact-check, the question raised would have been answered, and ESN’s reported “truth” easily refuted.

According to this fact sheet from the U.S. Department of Justice: “Research conducted by the Centers for Disease Control (CDC) estimates that approximately 1 in 6 boys and 1 in 4 girls are sexually abused before the age of 18.”

On the surface, this story is about an incorrect statistic published by a tiny news outlet that no one reads anyhow. So why does it even matter?

I have been advocating for and writing about the Child Victims Act of New York, embattled legislation that proposes to eliminate the statute of limitations restrictions for claims of child sexual abuse.

The subject of the faulty Empire State News story is Alison Boak, a candidate for New York state senator and a vocal supporter of the Child Victims Act. She has received an endorsement from the Protect NY Kids PAC.

I won’t rehash all the details about why media coverage of the battle over the Child Victims Act is important (you can read the full story on Feminine Collective). Some highlights:

There are more than 43 million survivors of child sexual abuse in the U.S., of which I am one. So when a news site publishes false information, disseminated by Google News, with potential to do serious damage, there needs to be a correction.

Empire State News includes an “Our Team” contact page on its site. I emailed the reporter of the story, Temple Li, as well as the publisher and editor-in-chief, Jimmy the Saint.

I thought there must be a way to submit a request for correction or removal of the news item to Google News. There isn’t. Not one that I’ve found anyhow.

I tried to report the Empire State News item to Google News via its feedback page, which says if users have “a comment regarding other offensive content in the News index, please contact us and we’ll review the news source in question.” The contact button links to the Google News Report an issue page. Submitting an issue requires a “Source ID,” only available to the news item’s publisher. A “contact our team here” button links to a page also requiring a Source ID.

I sent an email to the Google press office. In response to my inquiry, Google Corporate Communications & Public Affairs representative Maggie Shiels emailed me the link to this page: About Google News. There is nothing on the page about requests for corrections or removal of false information.

Sally Lehrman, director of the Journalism Ethics Program and the Trust Project at the Markkula Center for Applied Ethics at Santa Clara University emailed, “It would make sense that Google News has some sort of mechanism to address errors.”

In a 2013 story in Salon, “Google’s War Against Fake News,” Richard Gingras, then-senior director for news products said, “if we learn of promotional content mixed with news content, we may exclude your entire publication from Google News.” Granted, this story was from a few years ago, and the item currently in question is political rather than promotional, but has Google surrendered in its war against fake news?

The Washington Post reported, “Google has developed a technology to tell whether ‘facts’ on the Internet are true.” Might the company apply the technology to its own news product?

Craig Silverman, the founding editor of BuzzFeed Canada is “a leading enemy of fake news,” according to the Columbia Journalism Review. Silverman wrote a resounding critique last week of Facebook’s dissemination of fake news. Should Google News be held to at least the same standards as Facebook?

Steve Buttry, director of Student Media at the Manship School of Mass Communication at Louisiana State University, authored a piece published by Columbia Journalism Review: “The voiceless have a voice. A journalist’s job is to amplify it.” Buttry said of Google News, “I would favor adjustments favoring verified content or flagging (or downplaying) challenged or disproven content that is uncorrected.”

Meanwhile, this post will have to serve as a correction of the false information published by Empire State News and disseminated by Google News. Since silence is the jet fuel of child sexual abuse, I invite Google News to do the right thing (the corporate slogan of Alphabet, Google’s holding company): Use this opportunity to change the culture of silence, make a loud and clear statement about the Empire State News item.

The Onion and The Daily Show are funny as hell. A fake news site reporting fictitious information that hurts victims and survivors of child sexual abuse is no laughing matter.

Nancy Levine is an activist and the author of The Tao of Pug book series. A version of this story originally appeared on Medium and has been reprinted with permission.

Nancy Levine is an activist and the author of The Tao of Pug book series.