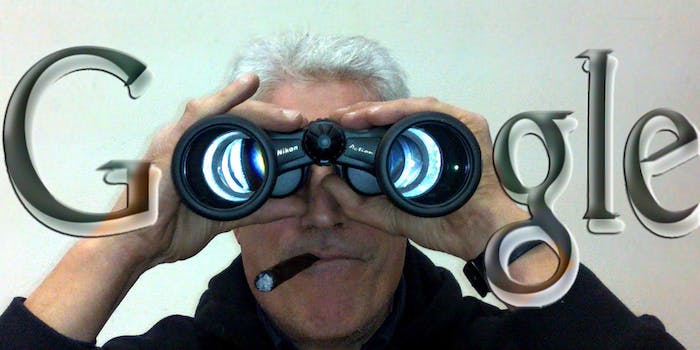 This is how Google transmits information to the NSA

Via secure FTP or in person.

With the cat very much out of the bag, the tech companies implicated in the National Security Agency’s PRISM intelligence gathering program are trying to restore user confidence with what little new information they are allowed to give.

Wired is reporting that Google claims to never have given the government direct access to its servers, rather providing requested information through old-fashioned FTP technology.

“When required to comply with these requests, we deliver that information to the U.S. government — generally through secure FTP transfers and in person,” Google spokesman Chris Gaither told Wired. “The U.S. government does not have the ability to pull that data directly from our servers or network.”

FTP stands for file transfer protocol, a basic method of transmitting encrypted files. If this is how Google has been sending Foreign Intelligence Surveillance Act (FISA)-requested information to the NSA, it would be drastically different than the system of intelligence gathering first reported last week.

Articles published in the Guardian and the Washington Post were based on a PowerPoint presentation leaked by former, private NSA consultant Edward Snowden. They described a system in which special government hardware was installed at nine major internet companies giving them the ability to access all information from the companies’ servers at will.

But Gaither unequivocally stated that this was not the case at Google. There was no back door that provided the NSA access whenever it wanted.

“We refuse to participate in any program — for national security or other reasons — that requires us to provide governments with access to our systems or to install their equipment on our networks,” he said.

Since then, the Post has revised its initial claim, reporting that instead of direct access, the companies installed systems that stored information for NSA analysts to directly access, and kept those systems separate from their central servers.

Google and other companies involved in the PRISM program have already denied allowing direct access, but Gaither’s comments about the use of FTP transfers are meant to give more clarity to the issue.

But there is still much of the PRISM program that is shrouded in secrecy. That’s why Google has also publicly asked the Attorney General and the head of the FBI to release details about how often it makes FISA information requests through the PRISM program. It’s Google’s way of hopefully quelling public concern about just how much data is being accessed.

Subsequently, Microsoft and Facebook have joined Google in asking the federal government to loosen legal restraints that prohibit them from publicly disclosing particulars of PRISM.