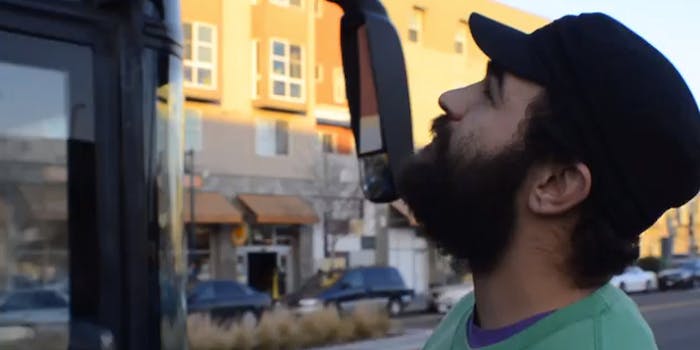 Move over Macklemore, "The Google Bus Song" is the working man's jam of 2014.

There’s a new working people’s anthem out there for San Franciscans who are angry about the expanding chasm between the haves (those who work at technology companies in the Bay Area) and the have-nots (everyone else).

Unlike Macklemore’s “Thrift Shop,” which puts a positive spin on blue-collar cool, “The Google Bus Song” by Cachebox is a satirical takedown of the lavish perks enjoyed by Google employees as they commute to work. It’s just as catchy as Macklemore’s jam, but with a heavy sprinkling of humor right out of the French Revolution.

There’s been no shortage of news coverage about the corporate transportation system that gives Google employees a ride to work. While other city residents are mingling on public transit, Google staffers enjoy cushy seats and free WiFi on private buses. Some Google bus stops are now even reportedly manned by security guards.

Google has provided the bus service for years, but in recent months it’s become a visible symbol of a painful divide in the community. The high salaries paid to technology employees (intended to attract the best and brightest) have created cost-of-living inflation in the Bay Area, making it hard for city residents working average-paying jobs to keep up. The problem is pretty complicated and involves local government policies, but it’s little wonder that there’s been pushback, especially when those lucrative jobs are paired with indulgent perks like the private buses.

“On the Google bus hanging with the upper crust, I left my Porsche back at the condo with my poodle pups,” Cachebox raps in the song.

We wonder when Cachebox is going to follow up with a Google boat song.