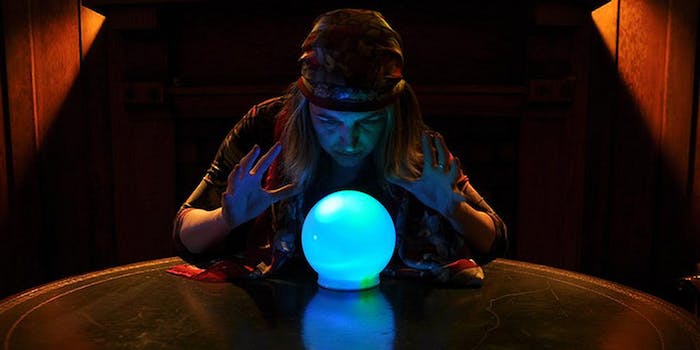 If Internet giants know everything about us, why can't they figure out what we'll buy?

Lost amidst all our paranoia about the data tech giants collect from their customers—shopping habits, frequent search terms, physical location—is a bald truth encountered each time we go online: Internet companies may “know” a lot about us, but their targeted advertising is terrible.

Everyone is aware, at the very least, that without a human interpreter involved, semantic context can be difficult to parse, resulting in some rather unfortunate juxtapositions.

Um, hands down the most ironic placement of an online ad I have ever seen in my life. pic.twitter.com/cUNVAzfe3q

The algorithm that determines Gmail ad placement is of particular interest to students of faulty marketing. Where the recommendation engines of Netflix or Amazon can directly track your viewing and purchasing behavior, Google has to sort through a lot more noise and misleading information. The support page explains that “if you’ve recently received a lot of messages about photography or cameras, a deal from a local camera store might be interesting. On the other hand, if you’ve reported these messages as spam, you probably don’t want to see that deal.”

The implication here is that if you don’t keep your account carefully organized according to Gmail’s system of multiple subheadings, yellow stars, “important” tabs, and “Circles,” the company won’t know where to pick up clues to your personality. The messier your Inbox is, the less it makes sense to someone trying to scan it. Factor in Google searches, +1s, and other aspects of your Web diet, and it’s no wonder the results often feel a bit wonky, if not totally wide of the mark.

The ad system also doesn’t know what to do with what it does know. Google’s figured out that I’m a writer, for example, because I mention it with annoying frequency—but the company has no understanding of my career. A small publisher printed my first book, and I just got an agent to represent the second, but when I tab over to a conversation with a literary colleague, Gmail hits me with a barrage of vanity publishing options and ghostwriting services, none of which I need. (It also bears mentioning here that I very rarely travel; who knows why the luggage ad is there.) 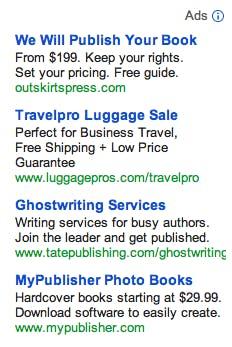 Facebook, likewise, takes a rather reductive view of you in light of certain factors and weighs certain facts too heavily against more refined data points. If you’re a writer, you must be a struggling nobody desperate for help, and if you’re a straight male, you’re probably prowling hookup sites. Even if you’ve already settled down with the love of your life.

A cardinal rule of advertising, of course, is to cast doubt over the customer’s current satisfactions, though I’d guess that wasn’t the intent in this case:

Yes, Facebook, I’m a straight male. But Facebook, you know damn well I’m married, so please cut this out. pic.twitter.com/aOQJjteBL0

The nice thing about Google Ads, though, aside from the ease with which one can opt out of them forever, is that you can read and alter your own customer profile. Eager to determine why Gmail account occasionally links to websites that sell ceiling medallions (having never heard of them, I had to click at least once, which probably made things worse), I began sifting through the factoids that make up my digital footprint. My gender and age bracket—male, 25-34—were on-target, but beyond that, things quickly fell apart. For one thing, I’d somehow created the impression that I speak Spanish, which is sadly not the case.

Then I came across the motherlode of dubious data: a list of broad key phrases supposedly pulled from my Google search and Internet browsing history. Included among the 142 terms were several anathema to my very being. “Yoga & Pilates,” “Babies & Toddlers,” and “Reggaeton” aren’t just topics outside my personal sphere—they’re the sort I deliberately avoid. Others, like “Makeup & Cosmetics,” “Home Improvement,” and “Die-cast & Toy Vehicles” were simply baffling misfires, totally irrelevant to my consumer life. 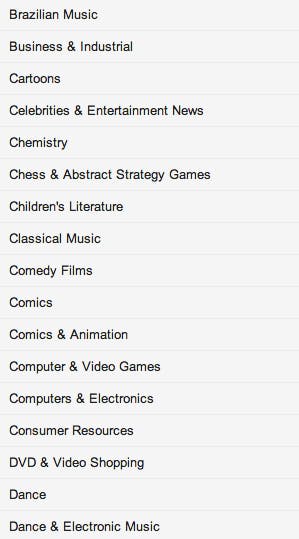 Reporting on current events and conducting research for fiction also contributed to the mess, as Google’s not differentiating between professional curiosity and genuine interest. Still, there’s no telling why I’m listed as a lover of Toyotas. In the final analysis, this seems like a dossier on a completely different person, one with a far wider range of passions than I’ve expressed in my few years on the Internet. This version of me also has children and works in high finance.

I suppose one shouldn’t be surprised that in questioning the provenance of the most perplexing targeted ads, we just raise further questions. I can tell you this, however: Instead of turning off Google Ads altogether, I’m going to customize it a bit. The plan is to delete every search term besides “Hygiene & Toiletries”—at least until I find a good deal on a new shower curtain. Why go looking for one myself when I can just let Google read my mind? Like any practicing clairvoyant, Google does guess right every once in a while.