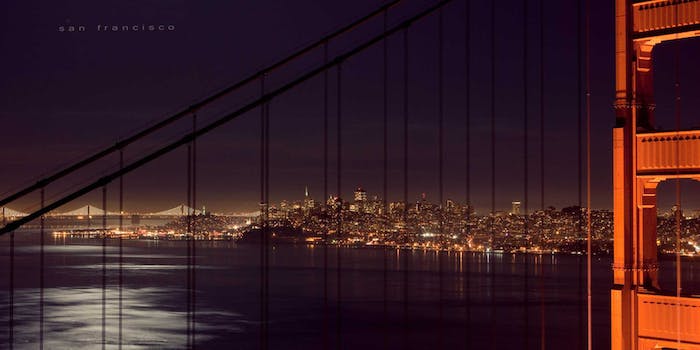 Bryan Goldberg does not understand gentrification (or satire)

The Bustle Editor-in-Chief's attempt at satirically criticizing those who criticize him is messy and—gasp!—offensive.

When discussing the ever-increasing list of things Bustle founder Bryan Goldberg knows absolutely nothing about (women, sports, playing nice), the famous Jaws line, “You’re gonna need a bigger boat,” comes to mind. Rather than reflect, regroup, and learn how to formulate a thought, Goldberg marches proudly into 2014, waving his flag of willful ignorance—this time taking a poorly written pot shot at San Francisco residents who are unhappy about being priced out of their city by the growing tech bubble.

Goldberg’s swing-and-a-miss attempt at satire doesn’t just showcase how little he understands the art of irony; it highlights just how out of touch many within the tech bubble are with those who work outside of it. His article, where exclamation points go to die, takes on what Goldberg imagines to be the point of view of a geriatric 30-something complaining about the entitled young tech elite:

“You just graduated college last year, and you are already making an $80,000 salary, plus a stock option bonus? You are living by yourself in a killer Hayes Valley apartment? …You brat! You already piss me off.

How dare you make an income based off an objective skillset that fulfills real world demand for your services! This is America. Where do you think you are? You are 20 years old! That is not how this is supposed to work!”

What Goldberg fails to realize is that it’s not just bitter 30-somethings who are jealous of the young millennials getting rich quicker than they did in decades past, it’s an entire city of both native and non-native San Franciscans who are quite literally being priced out of the city due to the hypergentrification that is making housing in the city “out of control expensive.”

His twee attempts at categorizing all those who are unhappy with the hypergentrification of a city that was already quite gentrified into an out-of-touch, raging mass isn’t just idiotic, it’s completely blind. Between 2010 and 2013, evictions in San Francisco escalated wildly—by a factor of 170 percent in cases where landlords wanted to evict tenants to sell units, and by 38 percent for all evictions city-wide. Home prices increased by 22 percent in the same period.

Painting any of the thousands of evictees, not to mention those who are being squeezed by increasing rents, as sour grapes, merely jealous of those who are fortunate enough to be young and working in a tech bubble, is childish. Goldberg is young, rich, and foolish enough to be blind to the fact that gentrification is not always a good thing, but here’s a fun fact for someone who was handed $6.5 million to launch a women’s website (based off an asinine thought that all other major sites are apparently only for men): tech bubbles burst.

Twitter is already aflutter with the notably displeased reactions to Goldberg’s drivel, and rightly so.

An epidemic of young, rich, frat douchbags giving tech a bad name by showing a complete lack of empathy for those without 100k coding jobs.

Goldberg, of course, attempts to hide behind the banner of “satire” amidst the inevitable calls for his head.

.@Jason @samfbiddle It was incredibly thoughtful satire that you clearly missed the point on. Sorry :(

But unless he studied journalism at the Alanis Morissette School of Irony, the mascot for “all the SFers who work hard and are guilty of having a life while so doing,” is nothing more than an incendiary asshole, woefully out of touch with both the world he lives in, and the world that unfortunately has to live around him.