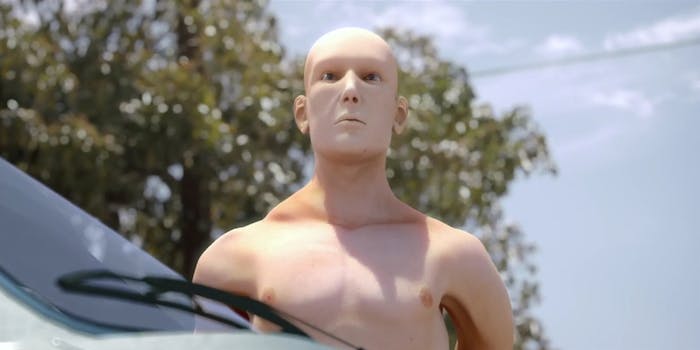 ‘Going to the Store’ finally gets the sequel it deserves

Two years and 14 million views later, we finally learn what happened to that dummy after he got to the store.

We were introduced to this CGI dummy more than two years ago in a 49-second clip by David Lewandowski. Out of context, the Internet didn’t really know what to make of it, but according to Know Your Meme, the short film was part of an anthology series called Everything.

And over 14 million views later, we finally got an answer to what happened to that dummy after he got to the store.

Titled “late for meeting,” he sticks to his usual method of getting around (which might explain why he’s late), but this time around he has more than just his legs for transportation.

It’s just as weird and bizarre as the original, but yet you won’t be able to look away or get the music out of your head.