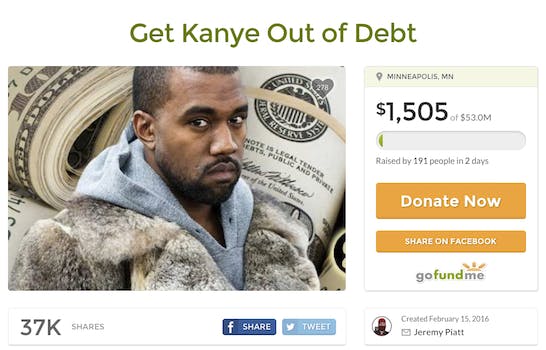 He needs that money more than you do.

Kanye West has been pretty busy lately, especially on Twitter. And it was in the midst of one of his social media meltdowns that he let this troubling tidbit slip.

While it’s unknown if the rapper is actually 53 million dollars in debt, some fans have taken matters into their own hands to help Kanye in his time of need. Created by Jeremy Piatt, a GoFundMe page titled “Get Kanye Out Of Debt” has earned $1,505 as of this moment. 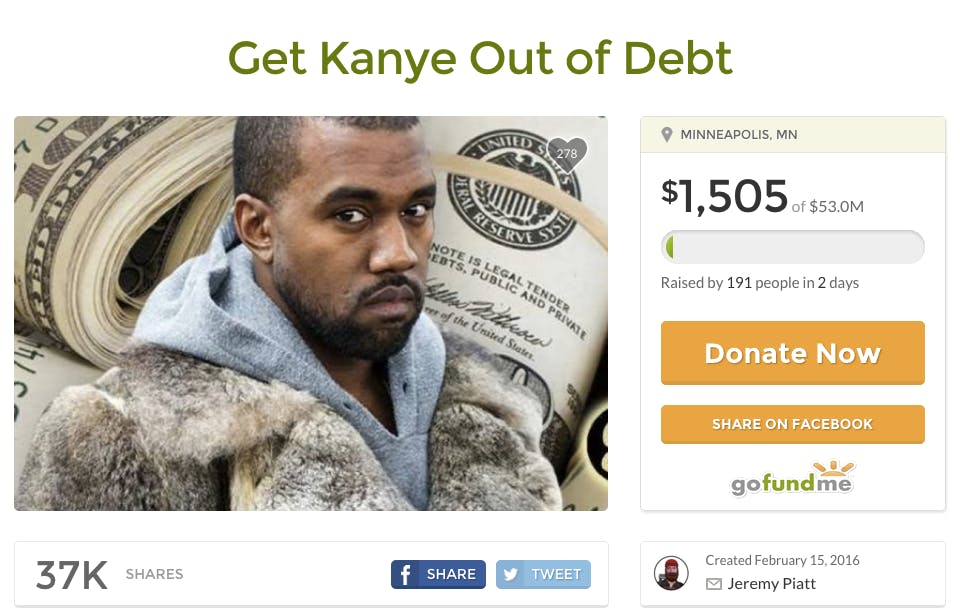 “Kanye West, prolific entertainer/fashion icon/celebrity/member of the Kardashian family needs our help,” Piatt wrote. “Recently, Kanye let us in on his personal struggle. He is 53 million dollars in debt and it doesn’t look like he’s going to get Mark Zuckerberg’s help that he desperately needs. We must open our hearts and wallets for Kanye today. Sure he is personally rich and can buy furs and houses for his family, but without our help, the true genius of Kanye West can’t be realized.”

Although nearly 200 people have donated, many oppose the crowdfunding, as evident in the page’s comments section. Here are a few choice gems:

A lot of people, however, would be inclined to fund Kanye’s departure from the country. So, you know, there’s that. But if you do want to donate, just check out the page (looking at you, Zuckerberg).