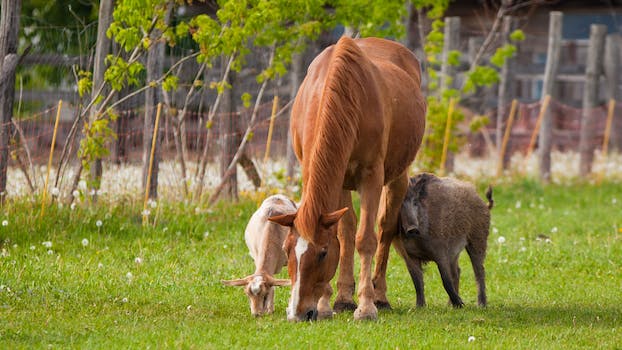 Baby goat wants nothing more than to headbutt this horse

This friendship knows no bounds—not even a stable.

It’s the perfect time for these two to horse around.

A horse and a goat are just trying to bro down without any humans getting in the way, but thanks to a horse’s stable they’re unable to hoof-bump, or gallop and frolic, or do much of anything. Not wanting to miss the opportunity to kid around, they have to get creative.

The unlikely friendship between horse and goat will prevail no matter how much the goat attempts to reach his counterpart. It’s like the real-life version of last year’s Budweiser Super Bowl commercial, but without the emotional manipulation.