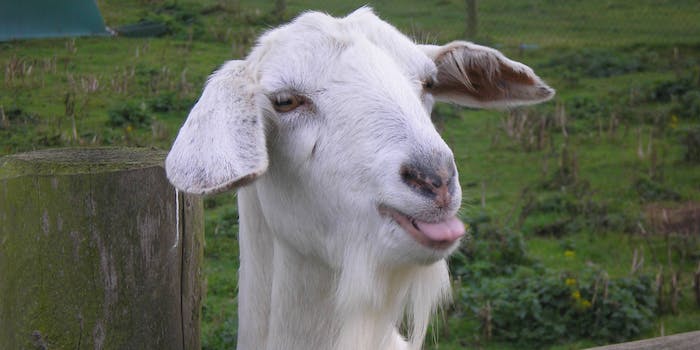 Try to not laugh at this cute goat eating peanut butter

Forget cats, corgis, shiba inus, and all other Internet-adored animals. If 2014 was dominated by any of our furry friends, it was the goat.

Yes, this year, the square-pupil star took up parkour, bleated a rendition of the Game of Thrones theme, and learned to walk again. But if you’re still unsure that this year belonged to the kids, allow this cloven-hoofed cutie and spoonful of peanut butter to do some convincing.

Stephie trying to chew her way through a sticky spoonful of peanut butter is about the only exhibit you need to see if you’re still unsure if goats are the best. Just sit back, relax, and let this resident of Australia’s Manning River Farm Animal Sanctuary and her glob of Boxing Day peanut butter do all the talking.