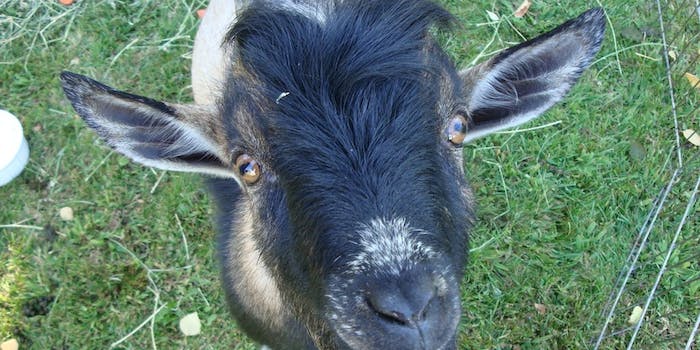 How did this goat end up suspended from a power line?

It’s okay to laugh. No, really—this goat is fine. Besides, this has to be one of the most ridiculous videos of all time.

Once you know the goat in question survived the incident without any apparent injury, you have to ask yourself the obvious question: How the hell did he get up there? None of the possible answers really seem plausible.

The truth, is nobody (with the possible exception of some naughty goat hangers) know how this guy got up there. What is known is how the brave and compassionate men of Greece got him down.In the end, it took six men, two ladders, and a lot of rope, but they brought the goat back to earth. Way to go, fellas. While the goat might not be able to express his gratitude, lovers of bizarre videos would like to thank you from the bottom of our hearts.