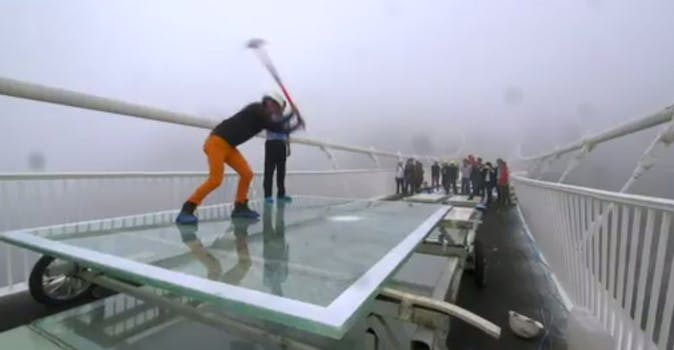 Should we feel better or worse after watching this?

Glass-bottomed walkways and observation platforms hold a certain fascination for us a species. There’s something about the beautiful view, combined with the instinctual fear of death, that makes these creations so attractive… and lucrative. 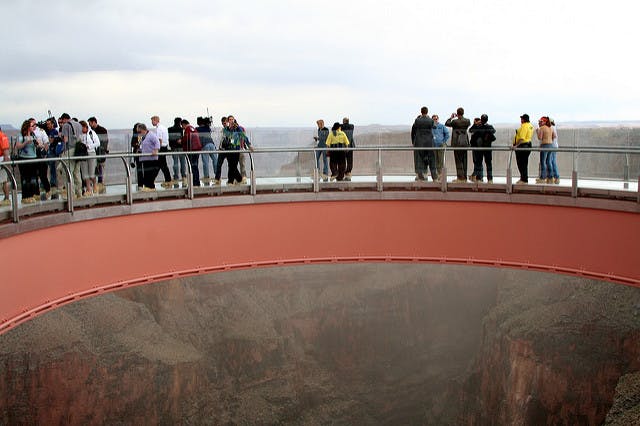 So it makes sense that higher and longer versions of these bridges are always being built. In fact the world’s highest (and longest) glass-bottomed bridge is set to open in China next month. 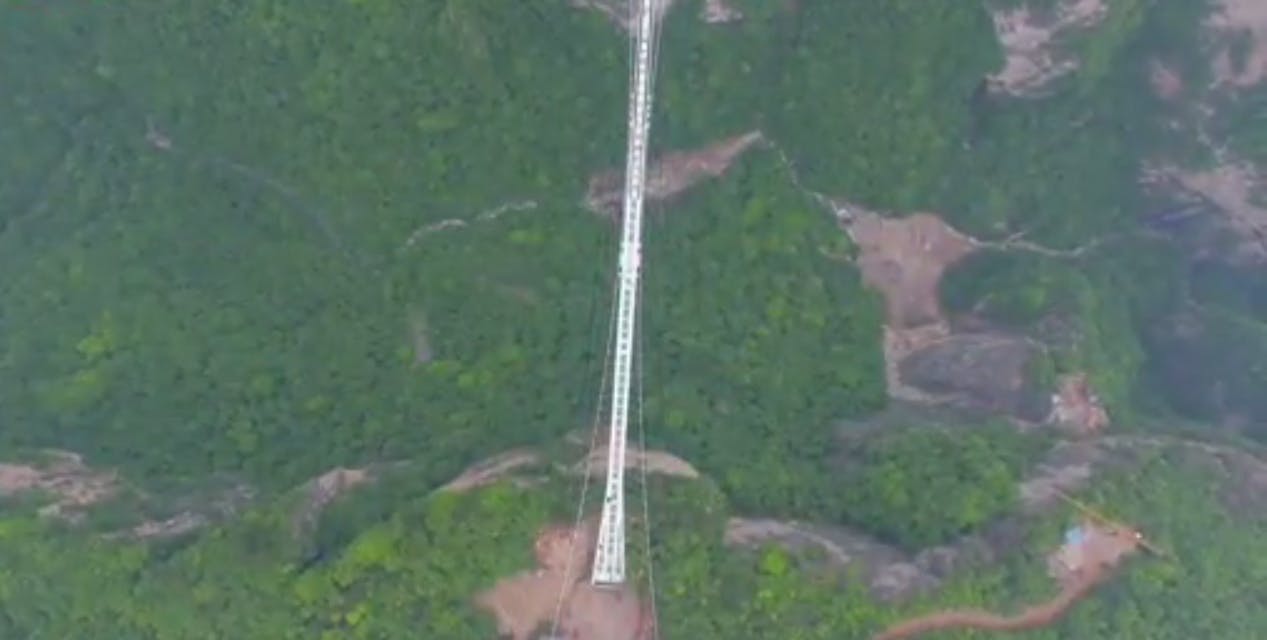 The terrifying bridge is nearly complete.

And to prove to the world that it’s safe, the creators invited BBC News reporter Dan Simmons, to try and smash one of the panels with a sledge hammer.

And he cracked the glass on the very first blow. 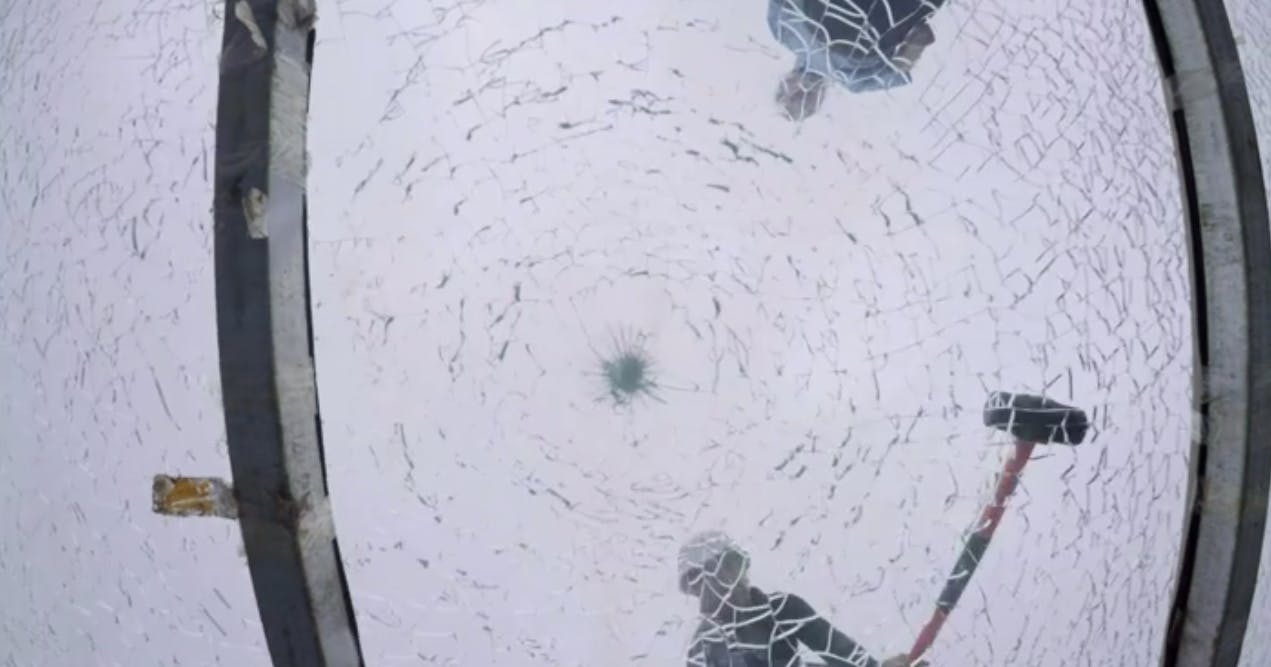 Well, not really. That’s exactly what was supposed to happen. The panels are actually made up of three layers of glass.

Simmons only managed to crack the thin top layer. Even after a dozen blows, the exhausted reporter was unable to fully smash the panel. 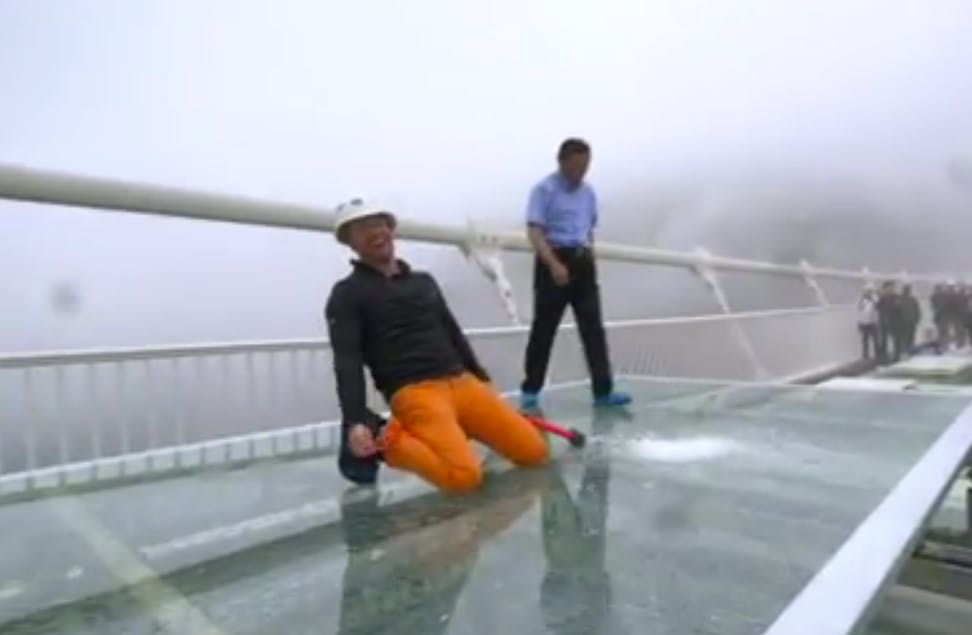 You might remember a similar story from a few years ago, when a group of young men got scared shitless by the famous Skydeck of the Willis Tower cracking underneath them. Apparently, this kind of thing happens from time to time. It happened on London’s Tower bridge a couple years ago, and it happened on a different walkway in China last fall. Each time, only the top layer of glass was affected.

So does that mean these attractions are completely safe? Well… kind of. You’re not going to crack the glass and fall through, but this newest bridge is designed to hold up to 800 people, some of whom will already be scared out of their minds walking over a glass-bottomed bridge. If the top layer cracks, it could easily cause a massive panic, which could lead to a stampede.

Bottom line: The walkways are safe. As always, it’s your fellow human beings you need to watch out for.