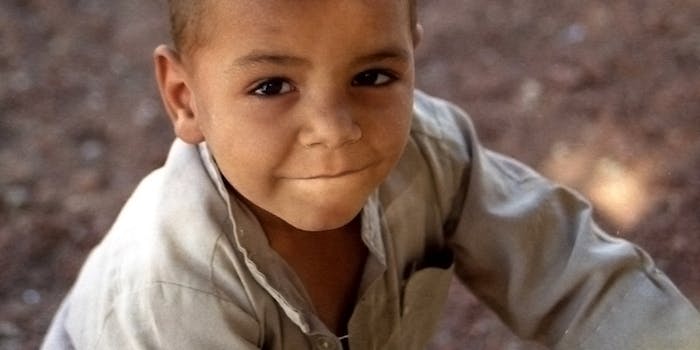 Shocking footage has emerged of an Egyptian orphanage manager viciously beating children at his establishment, prompting widespread outrage and an immediate investigation.

The video, local reports say, was deliberately leaked by the manager’s own wife.

English-language news site Egyptian Streets reports that the manager, identified as Osama Mohamed Otham, works at Dar Mecca Al-Mokarama Orphanage on Al-Haram Street in Giza. The video shows him beating, spanking and kicking the children because they “opened the fridge and turned on the television.”

Al-Ahram, another English-language Egyptian news source, reports a strange twist to the tale: It was the estranged wife of the manager who released the video, and did so in an attempt to “expose him.”

Upon its release, the video was met with immediate outrage on Egyptian social media, and the response from authorities have been swift. Ghadi Wali, Egyptian Minister of Social Solidarity, reported the incident, prompting an investigation by the prosecutor general on Sunday, Al-Ahram reports.

Meanwhile, the orphanage’s entire board has been dissolved under the orders of the Gizan governor Ali Abdel-Rahman.

The manager has been detained “for 15 days, pending investigations.”