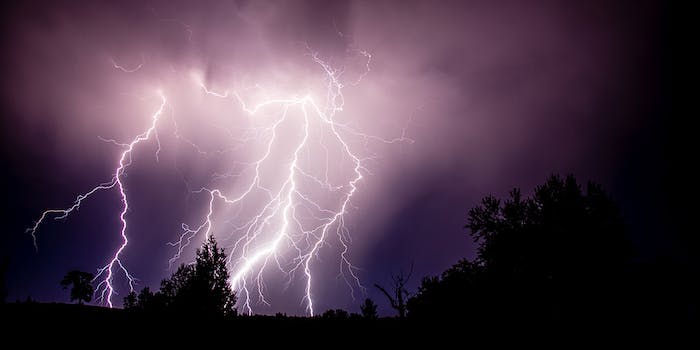 Girl Snapchatting on her front porch almost gets hit by lightning

Just take a photo from indoors next time.

When lightning strikes, nothing is safe—not even a snap in the making.

Misty Jordan was in the middle of Snapchatting outside during a thunderstorm, and while she was attempting to capture some thunder or lightning for her friends, she ended up getting more than she ever bargained for with a video that’s equally astounding and terrifying. It’s entirely too close for comfort.

“It took me a minute to realize I was still alive,” she wrote in the video description.

They say lightning never strikes twice, but I still wouldn’t risk trying to Snapchat outside while the weather’s anything less than sunny from here on out.

Photo via Oregon Department of Transportation/Flickr (CC BY 2.0)