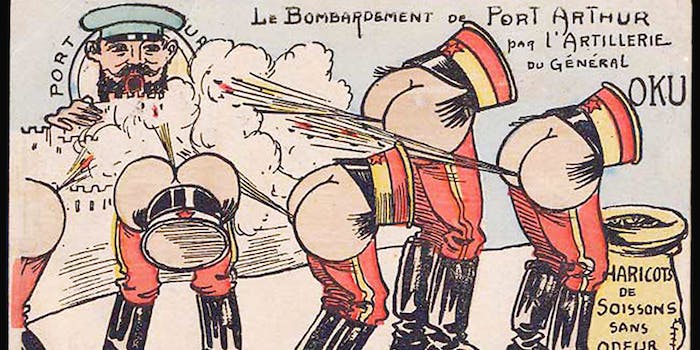 She couldn't be prouder.

In 2014, Verizon aired a little commercial that highlighted the subtle ways in which we discourage young women from pursuing their love of science. Two years later, the company must be proud to see this teenage girl unapologetically teaching her younger cousin the effect the expulsion of methane gas can have on a test subject’s psyche.

While most teenage girls would be mortified to admit they’ve ever farted in their life, this girl not only posted her amazing gas-passing session to YouTube—she’s never been happier. She gleefully waves the vapors towards her brother and instructs him to “smell it.”

While the original video is no longer available, it lives on in this Tosh.0 segment, which includes a bonus chat with both the girl and her cousin.

Daniel gets to know some of America's gassiest teens on Tosh.0.

For his part, lil cuz seems like he can’t even believe what’s happening. “Was that real?!” he asks. “How is that even possible?”

It’s the miracle of science, kid. Stay in school.

Editor’s note: This story has been updated for clarity and in light of the Tosh.0 segment.