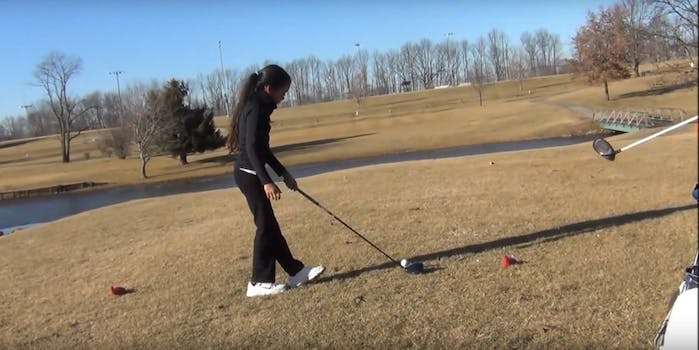 11-year-old hits a hole-in-one, so now her dad has to buy her a puppy

Her golf skills really paid off.

What’s better than getting a puppy? Earning that puppy by being awesome at your favorite sport.

You can already tell that this family is totally golf-obsessed by the dad’s YouTube name, 2golfgirlsdad. In this video, he promises his daughters Chloe and Jenna that if either of them manages to get a hole-in-one, he’ll buy them a cavachon puppy.

Incredibly, 11-year-old Chloe manages it. At first she can barely believe that she got a hole-in-one and is getting a new puppy, and her dawning excitement is heartwarming to watch.