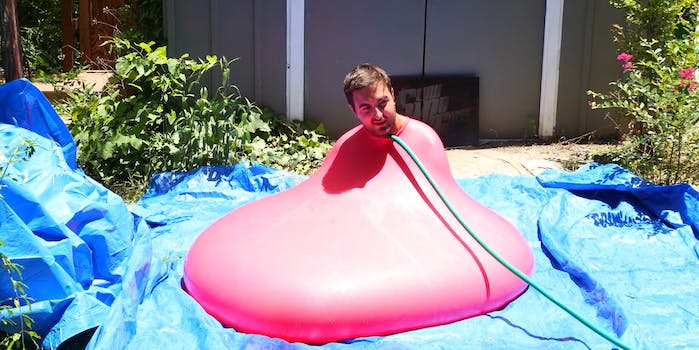 Nothing unusual about this water balloon. Nope.

Here’s another video to add to the “Why would you even do that?” files: An adult man squeezing his entire body into a slowly inflating water balloon.

YouTube‘s Slo Mo Guys filmed the ridiculous stunt in a garden, making sure to get high-quality slow-motion footage of the moment when the balloon burst. When you’re presented with the opportunity to buy a human-sized “climb-in balloon,” what else are you going to do?

Incidentally, whenever anyone in a YouTube video asks, “I wonder if you could drown in that?” the answer is invariably yes.

Screengrab via The Slo Mo Guys/YouTube