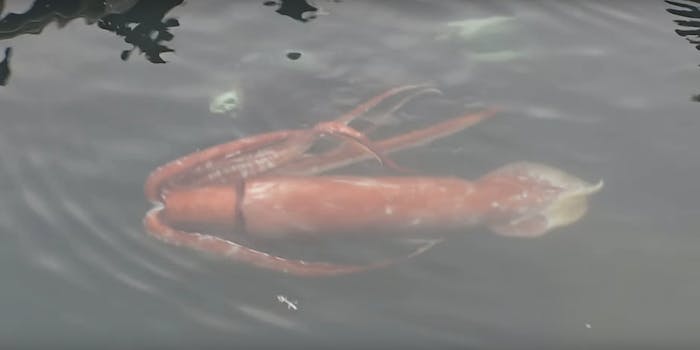 Somebody actually swam with it.

Thanks to old seamen’s tales of the kraken, we’re practically conditioned to fear giant squid. Be careful, or they’ll come and blast you with their jets of ink, tangle their tentacles in anything, or just totally shipwreck you. But hey, they can be totally docile as well.

YouTube user fukusuke234 captured video footage of one of these glorious beasts just chilling in a Japanese harbor. It looks to be the size of a full-grown man, as you can tell when a scuba diver swims up right next to the thing. But instead of engaging or attacking, the tentacled beauty just chills there and even lets the diver pet it. Maybe it liked the attention.