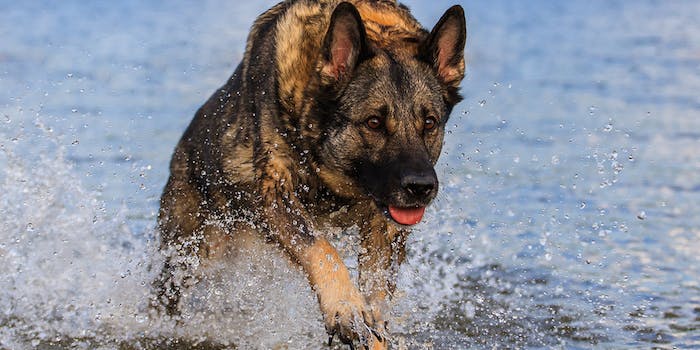 Bella's not drying off without a fight.

Today in “You Try Saying ‘No’ to That Face,” we have Bella, an aquatically inclined German Shepherd who would gladly keep swimming all day—if only her owner would let her.

Maybe, just maybe, a series of pathetic yowls that roughly translate as “But mooooooom!” will get Bella her way, though it doesn’t seem that either negotiator is willing to budge.

In the end, the pooch’s patience pays off: “She got to keep swimming after her wonderful theatrical performance,” Bella’s owner writes. “No dogs’ hearts were actually broken in the making of this video.” Hear that, PETA? Take the day off.

Photo by Harold Meerveld/Flickr (CC BY 2.0)