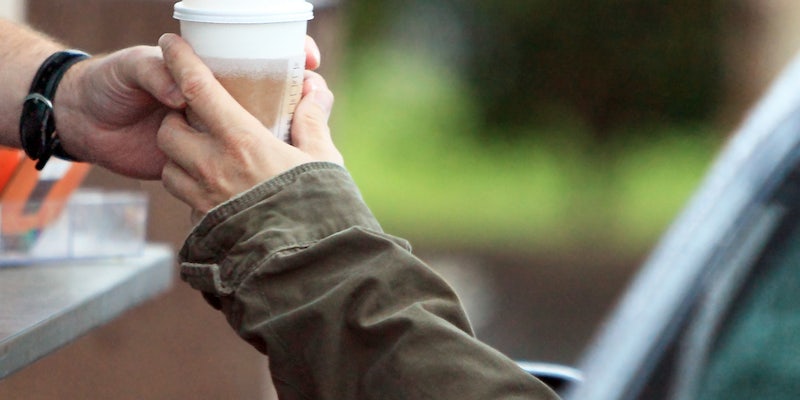 German PSA about washing your hands gets creepy

“In the Hall of the Mountain King” might never sound the same.

If this German PSA about the importance washing your hands is meant to totally creep people out, well, then mission accomplished.

To prove how easily someone can spread germs from not washing his or her hands, people start to whistle “In the Hall of the Mountain King” once they have germs on their hands. Soon enough, an entire city is whistling. It’s likely a nod to the classic German thriller M in which a child killer starts to whistle the eerie tune when hit with the urge to kill a child. Given just how many people are whistling here, it seems we’re all potentially about to commit murder with our dirty, germy hands.

“Pathogen[s] spread faster than you think,” the ad states at the end in German, according to a translation. Yeah, and so does that damn song. That’s an earworm like no other.

Anyway, remember to wash your hands.