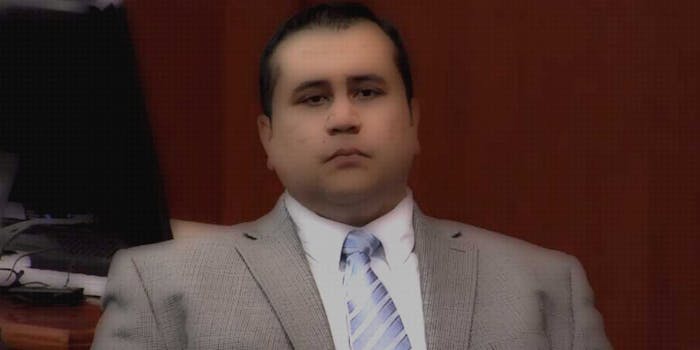 George Zimmerman, the neighborhood watch volunteer accused of gunning down 17-year-old Trayvon Martin in February 2012, has been found not guilty.

After 12 days of testimony and 2 days of closing arguments, a jury of six Florida women found Zimmerman, 29, not guilty of second-degree murder and manslaughter late Saturday night.

“I am disappointed in the verdict but I respect it,” lead prosecutor Bernie De la Rionda said following the announcement, according to USA Today. “We accept the jury’s verdict.”

The news of Zimmerman’s acquittal has completely dominated Twitter, where hashtags and terms like #trayvonmartin, #zimmermantrial, and #verdict have become nationwide trending topics to spread the news.

On the night of Feb. 26, 2012, Zimmerman was out running an errand in the gated Sanford, Florida, community when he spotted Martin on the street looking “suspicious.” Zimmerman claimed that Martin attacked him, which resulted in Zimmerman shooting the teenager in self-defense.

Martin was unarmed at the time, a claim Zimmerman’s defense repeatedly challenged.

“That’s cement. That is a sidewalk. That is not an unarmed teenager with nothing but Skittles trying to get home,” defense attorney Mark O’Mara said in his closing argument Friday. “That’s what somebody who used the availability of dangerous items, from his fist to the concrete, to cause great bodily injury…against George Zimmerman.”

Even before Saturday’s verdict, Florida police were preparing for a backlash against Zimmerman, and taking steps to prevent riots from breaking out at the courthouse.

This vitriol boiled over on Twitter Saturday night as hundreds of people called for his death and for a bounty to be placed on his head. 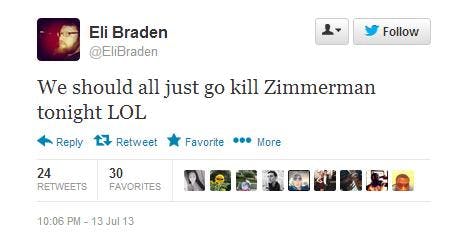 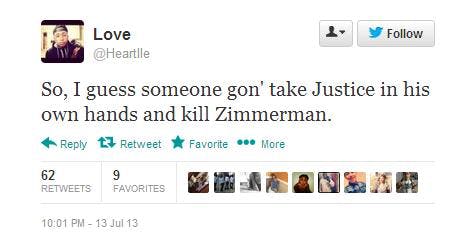 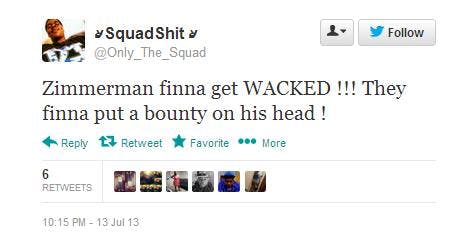 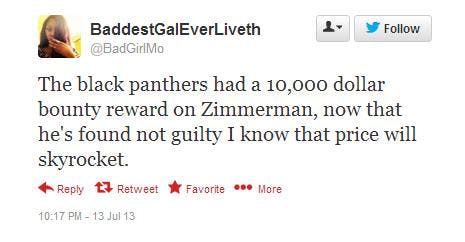