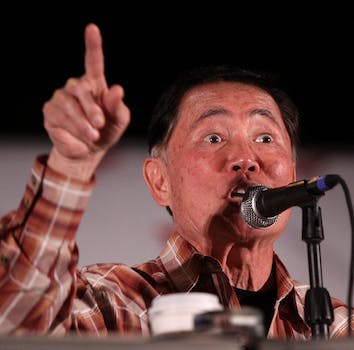 The Star Trek star says the feature hurts his fans and readers.

As Facebook’s stock price creeps slowly back up to its initial public offering, the social media giant is trying to make money anyway it can. And Star Trek star George Takei is pissed.

Facebook has rolled out a new “promoted posts” feature that allows brands and celebrities to asks fans to pay to see certain content. Takei claims that because of the new feature, “fans used to be able to see all his posts, but now [I am] being asked to pay for that right,” he told the Wall Street Journal.

“I understand that FB has to make money, especially now that it is public, but in my view this development turns the notion of ‘fans’ on its head,” Takei added on Facebook.

Facebook contends that nothing’s really changed and that it’s long filtered users’s feeds. The problem is that people don’t understand how the algorithm works.

“We’ve changed NOTHING about the way page posts are delivered to fans,” Facebook engineer, Phil Zigoris, told WSJ. “The main point of confusion we’ve seen is that pages don’t realize that their posts were never reaching 100 percent of fans.”

The reason posts aren’t reaching all their fans is because “only 16 percent of fans see all of a brand’s posts” and “Facebook’s algorithm for ‘News Feed’ picks content for users based on their interests rather than a stream of all content on the site,” Zigoris added. One of the only ways to increase that number is by paying Facebook to push their content.

Takei is one of the most influential users on Facebook, with over a million likes and multiple, widely-shared posts every day.

For the time being, all those posts will be free for all to see, Takei said.

“I don’t currently have any such plans. Nearly all of my posts are just things I find funny, or touching, or thought-provoking,” he told the WSJ. “They have little to do with me personally, so I can’t see myself paying extra for those.”