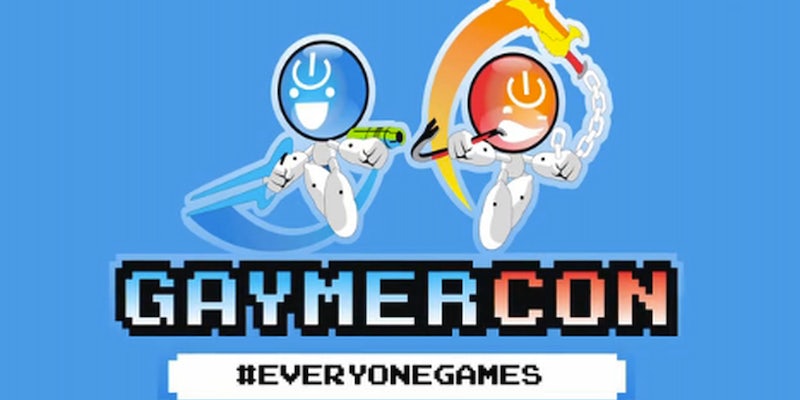 But others perceive the effort as backfiring, segregating gay gamers instead of uniting the gaming community.

With a Kickstarter-funded $36,704 and 23 days still to go, GaymerCon—“the first gaming and tech convention with a focus on LGBT geek culture”—will soon be a reality. Scheduled for August 2013, gamers of all sexual (and console!) orientations will meet up in San Francisco to discuss, celebrate, and play games.

“Gaymers” is a clever play on the topic, but not, as the founders wrote on their Facebook page, a requirement: “We know, the name is Gay-mer-con, but we mean that in a ‘haha, clever pun on Gamer’ way, not to say that it’s only for [gay] dudes.” They also explicitly mention that the conference is also not meant to exclude straight people: “Similar to Gay & Lesbian film festivals and cultural events, we welcome all and hope to provide a fun, exciting, vibrant community that is in no way closed off from the rest of the gaming community.”

Still, the conference is already being perceived by some as “segregation.” On message board GameFAQS, the topic “A Gay Gamer Convention is NOT Necessary” precedes a lengthy argument on the Con. “Gaymercon promotes the segregation of individuals, proposing that gamers should isolate themselves into sub categories instead of coming together as one cohesive group of people with varying beliefs and lifestyles who share a pastime in common,” writes CronoDyne, who goes on to argue that since the normal conventions don’t explicitly exclude gay people, there’s no need for a separate event.

CronoDyne’s point is not one GaymerCon allies haven’t discussed. In a post called “Gotta Keep ‘em Segregated?,” videogame writer Denis Farr snaps back at the allegations. “This argument confuses me, because GaymerCon sees an unfulfilled niche and need and is trying to fill it. This really is not too horribly different than when PAX formed, but instead of just being focused on fans in general, it wants a place that is specifically LGBT-friendly,” he writes, adding: “This is not segregation, it is safety, it is comfort, and it is community.”