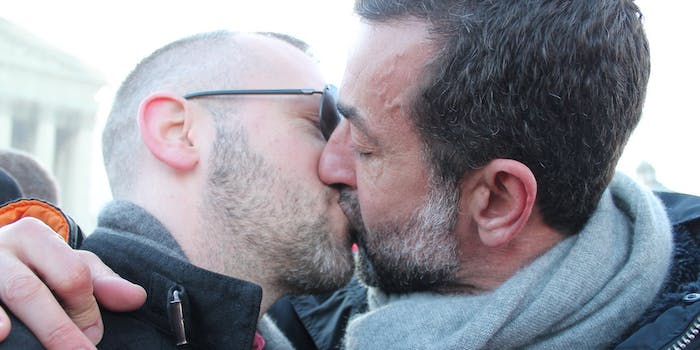 What’s next on our slide down the slippery slope?

In a landmark ruling that broke the Internet Friday morning, the U.S. Supreme Court legalized same-sex marriage nationwide. Many people were very happy.

Today is a big step in our march toward equality. Gay and lesbian couples now have the right to marry, just like anyone else. #LoveWins

But the decision also means that we’ve started down the “slippery slope” that anti-gay-marriage conservatives have been warning us about forever. What can we expect on our slide to the bottom? Let’s see…

Next thing you know, women are going to start demanding equal pay.

It's a slippery slope to equality.

Deep apologies to Rick Santorum and Mike Huckabee who now have to marry other men and possibly even their dogs, it's a slippery slope guys

Upside to slippery slope: this opens the door to being able to marry the Confederate flag emblazoned gun you've been sleeping with/kissing.

This same-sex right to marriage ruling puts us on a very slippery slope. Mark my words, in short time opposite-sex couples will be marrying.

It's a slippery slope. Now what's to stop a circuit court judge from marrying a federal appellate judge?

Dang, sounds like we’re in for some big changes. That being said…

This slippery slope aint so bad.