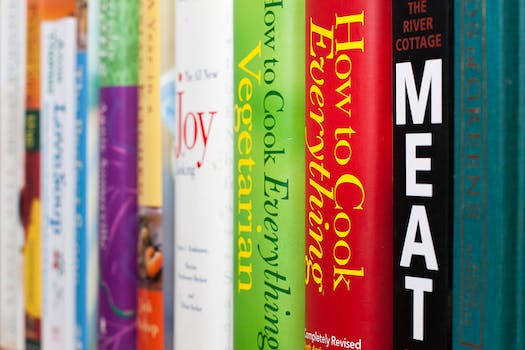 How the Internet killed the cookbook—and then resurrected it

Back in the early years of this new century, lamenting the death of cookbooks was de rigeur in publishing circles. Their demise was chalked up to not Amazon, as one might expect, but to the Internet itself. All the people clicking away all the time, the reasoning went, has flung wide the gates of our tightfisted little community, letting recipes blow like leaves free for the raking. Who, therefore, would pay for a book of them in their right mind? Why buy the cow, indeed?

Cookbooks quickly followed the demise of music albums: people didn’t want to buy the whole thing to only find one or two entries actually useful. Or even none at all, if said cookbook were the trophy type: authored by some momentarily famed chef with complex preparation, a million dollar budget and tons of hand-on help—books meant truly for the coffee table, not the kitchen. The Internet ended this waste, doing for recipes even more than the iPod did for music. It liberated them, and we didn’t even have to pay $0.99.

The open access that allows everyone to bring something to the table has created a vast all-you-can-stomach smorgasbord of the Web, and the whole buffet is free. We get to cook all sorts of yummy food that was once ignored by the glossy, high-rise New York publishers—real everyday food that people everywhere really make, with love, and eat with joy. Thanks to search recipes cooked up by Google, only minutes after I saw mention of a squash dish unique to the now extinct Jewish community of Libya, I found the recipe on a two-year-old Italian blog post. 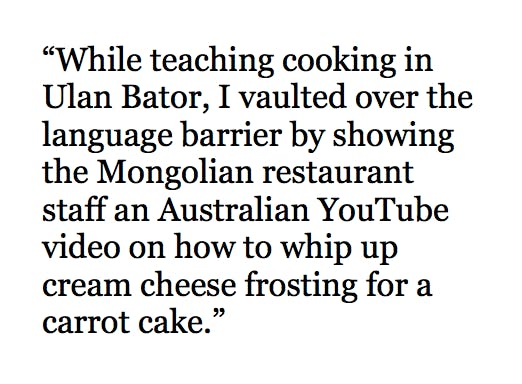 I know all having experienced it firsthand, as a cookbook author myself. About ten years ago, I had a cookbook shepherded through all but the last hoop—at whence it was abruptly returned because the Berkeley publisher’s top editors were “skittish” about “cuisines from far flung countries,” rather than famous, familiar restaurants. “We don’t want food from cultures of scarcity,” they complained. The insult was egregiously false. So it’s very gratifying today to find the same Nepali cooking that was spurned by those glamour-obsessed turning up hits and followers on YouTube.

And what the Internet did for recipes, YouTube is doing for cooking instruction. It’s an ingenious cooking tool; video crosses language barriers, teaching by imitation. Because we can now bring it right into the kitchen on our laptop or iPad, the power of its show and tell is nearly magical. I was unable to read a glossy Russian language cookbook on the food of Central Asia, but when the Russian who’d shared it gave me the URL for a Russian video of a chef in Bukhara creating step by step its famous pilaf, I just watched—and understood. A year later, while teaching cooking in Ulan Bator, I vaulted over the language barrier by showing the Mongolian restaurant staff an Australian YouTube video post on how to whip up cream cheese frosting for a carrot cake. Worked perfectly in minutes, and the Mongolian chefs had an entirely new dish in their repertoire.

YouTube puts the whole world on the kitchen counter. It lets us all, no matter where or who we are, join pans, proving we are just like everybody else. Food and cooking are what everyone on Earth has in common; the videos make us all one family at one table, eroding imagined differences. The Internet reinforces the comforting, ancient belief that we hang together in Indra’s net covering the entire universe, each knot or node a jewel that reflects every other jewel.

That’s the upside. The downside is that unfortunately, it isn’t all sparkly jewels. The Internet’s catch-all smorgasbord catches a lot of garbage, too. Not all our web’s sparkly pixels are brilliant gems. People used to say 40,000 Frenchmen can’t be wrong. 40,000 food sites totally can.

This is Part I of a two-part article. To be continued.

Sandra Garson is the author of Veggiyana, the Dharma of Cooking and How to Fix a Leek and Other Food from Your Farmers’ Market. She is the founder and president of the Buddhist food charity Veggiyana and maintains its news blog. She recently spent six weeks teaching vegetarian cooking in meat-obsessed Mongolia, and is working on a second helping of Veggiyana recipes and essays as well as a way to teach children the magic of cooking.