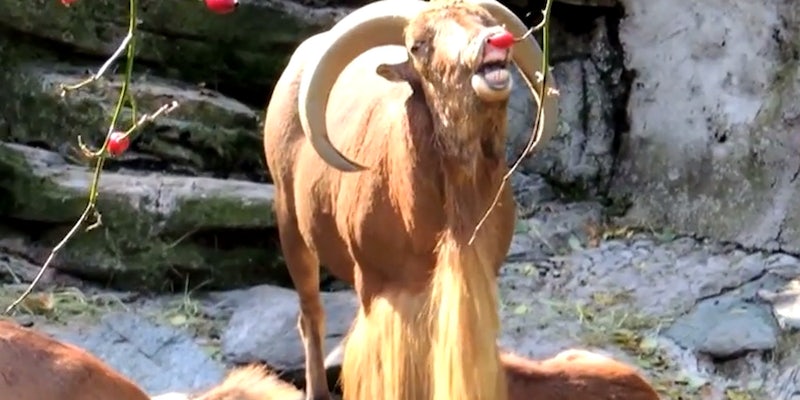 Here’s the ‘Game of Thrones’ theme song with yelling goats

Just in case your head hasn’t been filled with the Game of Thrones theme song since season 4 debuted, here’s a version that enhances the arrangement with a chorus of yelling goats.

Who do you thank for this masterpiece? YouTube wizard Marca Blanca, of course. But let’s not forget the inspiration for “Game of Goats”—a pitch-shifted cat meowing the theme song back in 2012. But cats are so out, and I’m thrilled the Westeros jams have made it to goat town.