One of the best categories on FanFiction.net is the “crossover” section. When you click on that, you can choose two disparate sources, like Power Rangers and Fifty Shades of Grey, then write a fanfiction that bridges those two universes. The potential is incredible! Finally Sonic the Hedgehog can infiltrate every hallowed corner of the Internet!

A lot of these crossovers make a certain amount of sense—Doctor Who mashed up with Sherlock comes to mind, but many seem to come out of left field. To show you what I’m talking about, I’ve collected 10 of weirdest crossover sections you’ll find on that wonderful website.

OK, starting off on the mild side here. I’m sure everyone could’ve guessed that something like this existed. However, I will say that A Song of Ice and Fire may as well already be Fifty Shades of Grey.

It just makes me really happy that somebody out there saw these two movies and decided to merge the storylines. Like, who remembers Antz well enough to write fanfiction about it? 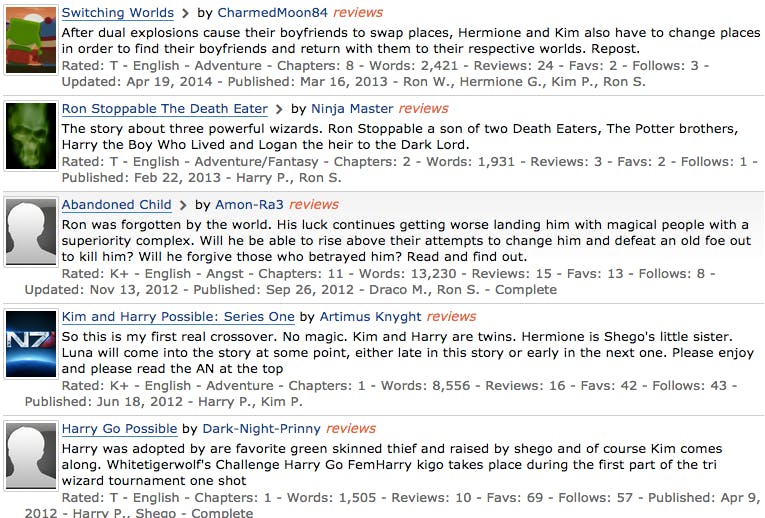 I don’t believe in a physical hell, but any overlap between Les Misérables and Downton Abbey seems about as close as I could feasibly get.

5) Sherlock and The Little Mermaid 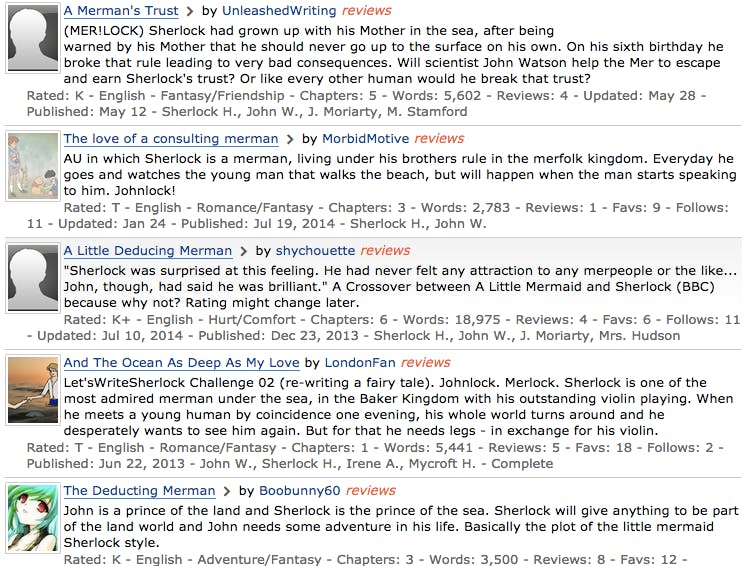 As weird as this is, trust me, it’s the tip of the iceberg as far as Glee fanfiction goes.

7) Thor and The Vampire Diaries

8) Star Wars and The Lion King

Seriously, what would that even entail? Does Scar learn how to fly a TIE fighter? How does a lion use a lightsaber? I’m very confused. 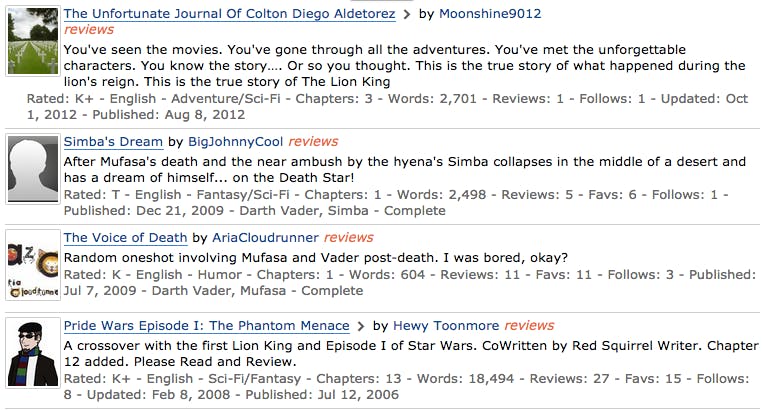 9) X-Files and My Little Pony

10) The Legend of Zelda and Dance Dance Revolution

And finally, my vote for the weirdest one on this list. How the hell do you write Dance Dance Revolution fan fiction? Is there really a story to DDR? Are there characters? How does that even work? 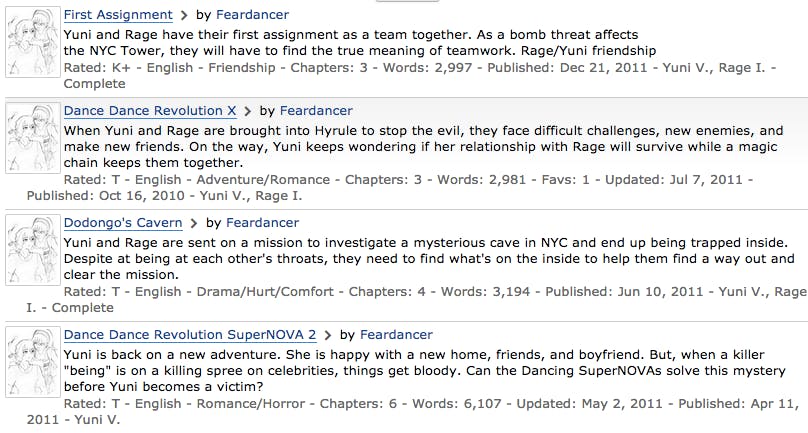 Oh it’s, all written by one person. That’s one mystery solved, anyway!