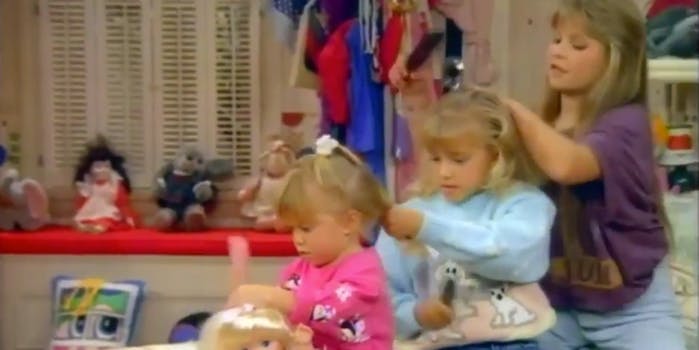 Uncle Jesse is out for blood.

Out of all the families in San Francisco, you don’t want to mess with the Tanners.

We can’t get enough of House of Cards, and even after binge-watching the second season, we can’t help but see Frank Underwood and the gritty politics elsewhere. Easy enough to do in another political drama, but what about one of the ’90s’ most iconic families?

With almost a decade of the trials and tribulations that hit any normal sitcom family, the Tanners are out for blood, and more often than not, the victims are the very ones they love. Did D.J. got dumped again? What about Stephanie’s lack of attention from her family? Was Danny passed up for a promotion? And was the friction between Joey and Jesse genuine or faked to throw off the scent?

And of course, the one with the most power isn’t at first apparent, but once you figure it out you should have seen it coming.

There’s something a little dastardly about Michelle Tanner’s position of power as she sits in that convertible between Uncle Jesse and Uncle Joey.