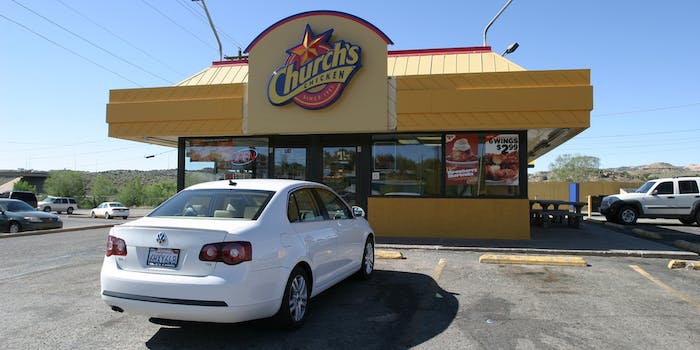 Just another day in Philadelphia.

Chris Pagano first made headlines as the “Swiss Cheese Pervert.” Prior to his January 2014 arrest, he would cruise the streets of several Philadelphia neighborhoods—and even OKCupid—and ask random women to perform sex acts on him with a block of Swiss cheese.

Now, another Philadelphia-area man is finding sexual arousal in the arenas of automobile accidents and fried chicken.

Police quickly came to the scene and apprehended Wade, who had since finished and returned to his car. The arrest turned out to be Wade’s 4th DUI.

From obnoxious sports fans to over-reacting police officers, Philadelphia has long had a reputation as a city full of jerkoffs. Apparently, nobody told Wade the term wasn’t meant to be taken literally.