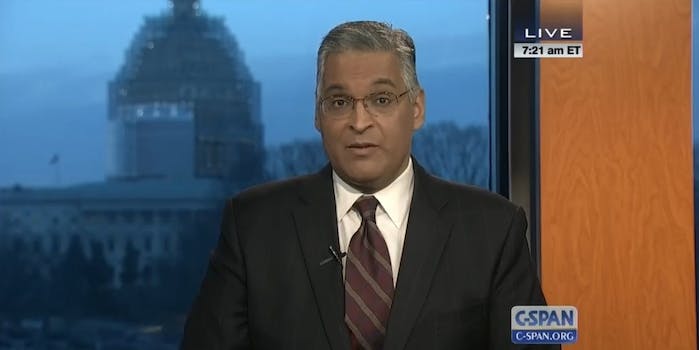 The tale told in The Fresh Prince of Bel Air‘s theme song is a classic story as old as millennial time. And on Wednesday night, it got a fresh retelling in an unlikely place.

Pedro Echevarria, the host of C-SPAN‘s Washington Journal, opened up the phone lines for viewers to weigh in on an important question: How much influence should Congress have over U.S. negotiations with Iran?

What he got from one caller was a ’90s theme song all about how the caller’s life got flipped, turned upside-down.

The mysterious caller used the name Jack Strickland and called in on the Republican line. His slow reveal is to be applauded. Pure poetry, to be honest.

“Strickland” is actually a notorious C-SPAN troll who uploads his conquests to his YouTube channel. Here he is telling a C-SPAN morning host to fellate him in December.

A true patriot if ever there were one.