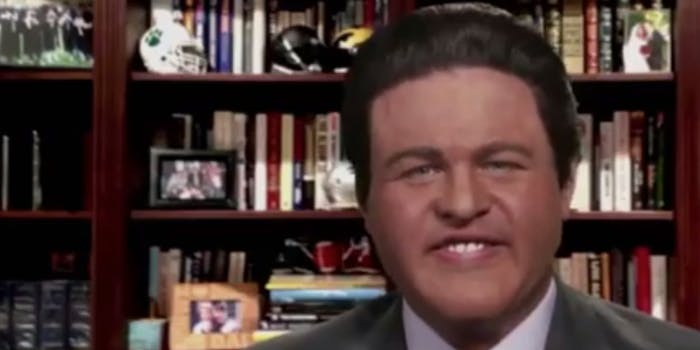 What would a 30-for-30 doc on Richard Sherman look like?

What if I told you that ESPN’s Frank Caliendo has grown so obsessed with impersonating his colleagues that he’s turned to producing fake documentaries about sports figures just so that he can step into the shoes of Mike Ditka and Jon Gruden?

What if I told you that Richard Sherman’s post-game interview with Erin Andrews two weeks ago has become so fabled that ESPN’s Frank Andrews is producing fake documentaries about how it might propel Sherman’s entire life?

What if I told you that Frank Caliendo’s depiction of the fictionalized world in which we live post-Richard Sherman interview has made clear that ESPN staffs entirely too many aging white males in prominent roles, despite what Sage Steele’s and JA Adande’s presences might imply?

What if I told you that … well, you get the point.

It’s funny and stupid at the same time, like everything Frank Caliendo’s ever done.