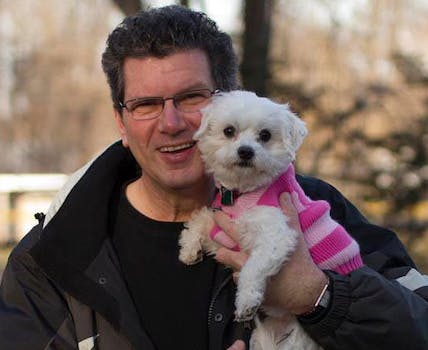 The forecast doesn't look so good for meteorologist Geoff Fox.

A married Connecticut meteorologist has been fired from his job after a string of lewd Facebook messages went public and viral, according to a report in Great Britain’s Daily Mail.

News of the exchange broke after a blogger published a since-deleted post titled “Married Fox News Weatherman Caught Sexting with a Photographer.”

FoxCT caught wind of the post and fired Fox almost immediately, saying that his conduct was “inappropriate.”

On Sunday, Fox published a blog post addressing the issue.

“I had no idea this private conversation would be made public, but what I did was still wrong even if it had remained private,” he wrote. “This is a very difficult time for my family. I betrayed a trust with my wife and daughter which won’t be mended quickly. I have made promises to them I intend to keep.

“Losing my job at FoxCT/Courant is also very difficult. You probably noticed I wrote about my work there with a smile on my face. I was proud to work there and proud of what we offered the public. IT was the best job I ever held. I worked my butt off in gratitude.”

This is not the first time this year that Fox has been fired from his position as chief meteorologist of a New England network. In January, the weatherman returned from a vacation to learn that he’d been fired from Connecticut’s WTNH after 26 years on the job.