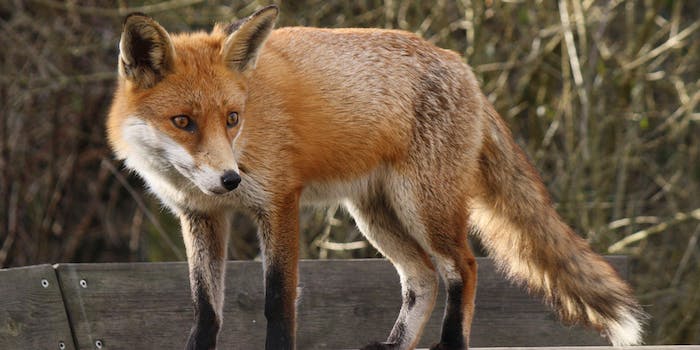 Fox with the munchies makes a sandwich in Chernobyl

This is not your local Subway.

We live in a wondrous world where foxes are able to cook up their own sandwiches. No, this is not a fable told to kindergarteners. This is what’s happening near the defunct Chernobyl nuclear plant in Ukraine.

Journalists filmed this clever ginger beauty during a recent reporting trip to the uninhabited region—and their footage has since been viewed more than a million times on various social channels, according to RTE. 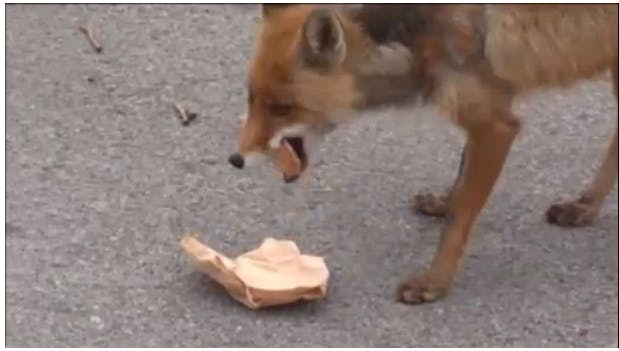 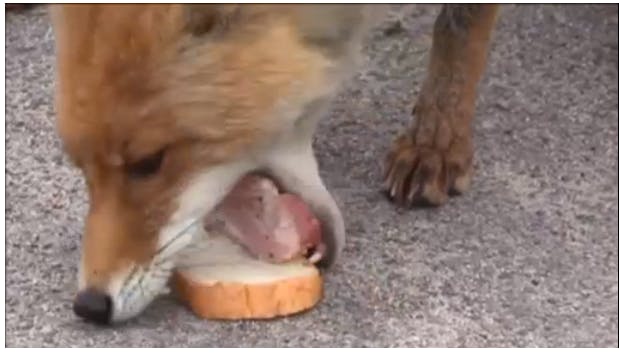 The fox eventually stacks up a sandwich so high that it barely fits in its mouth. He looks like a college freshman sneaking out of his dining hall with some late night study grub. 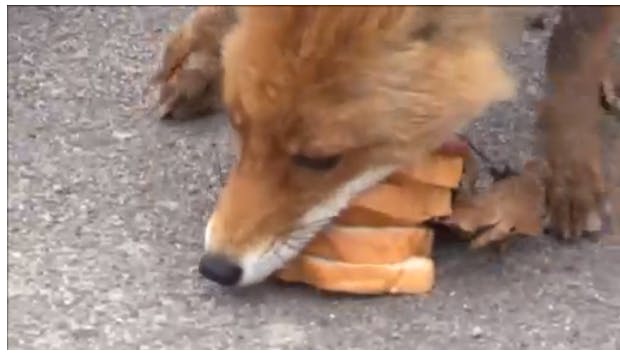 In 1986, the Number Four reactor at Chernobyl exploded, releasing a ton of radiation and affecting about 2.2 million people. According to RTE, there’s been an increase of foxes, wolves and bears in the area.

Is it possible that the radiation is accelerating evolution, turning wildlife into ultra-smart and aware creatures with the ability to create customized subs? It’s unclear, but this fox sure seems to know what its doing.