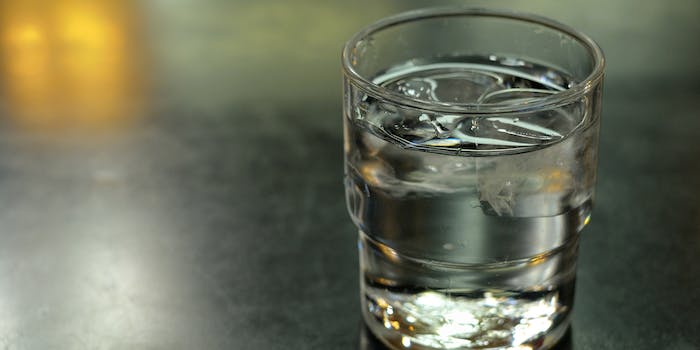 They even found a way to screw up water.

There’s a very, very long list of things that were ruined once white people touched them. “Trap Queen” by Fetty Wap. Pretty much all slang, notably “bae” and “on fleek.” Hell, some people even argue that white people majorly fucked up when Columbus set foot in America and colonization took the continent by storm.

Of course, white people are also definitely guilty of ruining something sacred to the rest of civilization: food.

These aren’t your typical massacres-by-mayo, an aggravated offense all too common from people who be like “Taco Bell is spicy.” 2015 saw the defiling of our favorite eats in different, unthinkably awful ways. Here are some of the botched cuisines we’re still trying to stomach:

When the New York Times suggested that we put peas in our guacamole, the Internet practically rioted against one of the world’s more respected publications. Chaos erupted; how dare they suggest that people put those tiny orbs of menace into a dip beloved by so many? Even President Obama had to weigh in on the situation. It might not have been a matter of national security, but it surely was one of the year’s darkest culinary moments.

Add green peas to your guacamole. Trust us. http://t.co/7imMY9c2ph pic.twitter.com/oeOMt2qgmh

Yes, you can have your cake and pie and eat them both with the picaken. But should you eat a creation that has a pie baked into a cake? No, probably not. The amount of glut is highly troublesome. It’s on the same level as the turducken, another abomination that belongs in the pits of foodie hell. White people sure need to shut their piehole about how delish this creation is and just love pie and cake separately without trying to make them marry.

Working with Gian on Thanksgiving Pie-Cake-En @davidburkefabrick. If you aren’t having this for TDay, you are doing it all wrong. #pecanpie #pumpkinpie #appleupsidedowncake

The McRib itself is a controversial food item. Some people love it, some people hate it, but either way, it’s an obsession in this fast food nation. The McRib is also a treat that should be consumed sparingly, as McDonald’s acknowledges by offering it only during certain parts of the year. But one man decided to stack 10—yes, 10—McRibs on top of one another, transforming them into a monster that would give Ronald McDonald nightmares. This man won’t ever be able to look at a McRib the same way. Neither will we.

You might be asking yourself: How do you screw up water? Well, white folk market chain aka Whole Foods found a way: putting a few stalks of asparagus in it and charging $6. Not sure what’s more fucked up—that they did this or that people probably bought a couple of these before they were pulled from inventory.

Somewhere in L.A., Whole Foods executives are laughing at all of us.

The two just do not mix. Look at that Frankenstein of a Thanksgiving dish.

On the Thanksgiving menu this year, Jell-O served cold with a small dollop of mayonnaise https://t.co/MKo7isa0Nk pic.twitter.com/x2t3Jhs5vR

The New York Times got themselves into trouble once again when they tweeted that the “next culinary movement in New York may just be from the Caribbean.” If they had any clue whatsoever, they’d know that Caribbean food has been a longstanding fixture on the tables of many communities in NYC, and calling it the a new movement was tasteless to the max. Thankfully, people clapped back on Twitter and expressed their concern about white people coming to ruin their recipes. Because caucasians always credit themselves with some new food trend and throw out the world “fusion” when they add kale and aioli to the mix.

@nytimes The author claims Caribbean food is a new sensation in NY. That’s not an accurate assumption.

@nytimes they’re abt to fuck up our food. They’re gna make “fusions”then try to claim it