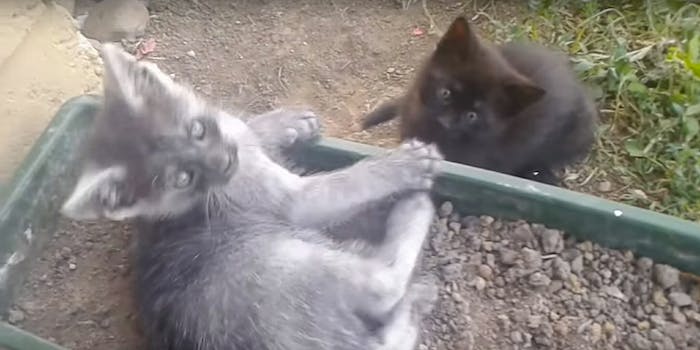 Fluffy kittens love playing in a bucket of dirt

This might seem like the start of a Disney movie, but there's no evil plot twist waiting.

Is this what it’s like to see the beginning threads of a Disney movie before our eyes?

These two kittens are exploring the big world just next to a house, and, well, they’ve probably never seen anything like this. There’s dirt for them to climb, grass to run and roll on, and they’ve always got each other. It’s kittenhood at its finest.

Hopefully the worst thing they have to worry about is getting a bath afterwards.