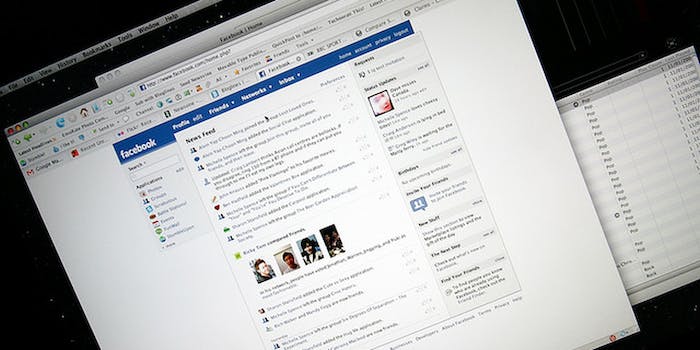 Stevie Glasspool, 31, was taken into custody on Thursday on charges of soliciting a child for unlawful sexual conduct.

A Florida high school teacher has been arrested for using Facebook to solicit sex from at least four of her students.

Stevie Glasspool, 31, was fired in May of this year from her job teaching English at Mavericks Charter High School in Pomona, Fla., after one of her students told another teacher that he had received improper messages from Glasspool via the popular social network.

Chris O’Neill, the student in question, said that Glasspool would bombard him with multiple messages until he finally replied.

“She didn’t necessarily go all out the first day, but after 30 minutes of me talking to her that night, she got more blatant with me,” he told local media outlets.

The messages were pretty explicit.

“I’m here all night, but this sounds like a sleep over all night because if you give it like you say I may want more. I think I love this not being your teacher anymore,” read another, most likely sent after she was fired.

According to O’Neill, some of these accidentally ended up being posted on his public wall. That’s when Glasspool deleted her account.

The former teacher was taken into custody on Thursday on charges of soliciting a child for unlawful sexual conduct using computer services or devices. The Broward Sheriff’s office expects more charges to be filed and more victims to come forward.  Her bail has been set at $25,000.