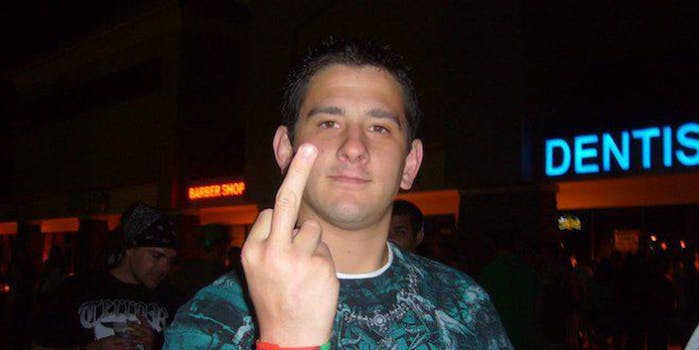 Matthew Oliver took offense to being featured as a "Fugitive of the Day" on Facebook.

A South Florida man was arrested on Friday after commenting on a Facebook photo posted by the county sheriff’s office that was trying to arrest him.

Wanted in a robbery, New Port Richey native Matthew Oliver found himself featured as the “Fugitive of the Day” on the Pasco County Sheriff’s Office Facebook page on Wednesday afternoon. The post, which went out to more than 11,000 people, noted that the office holds an active warrant for his arrest in reference to the robbery, and asked that people share it in an effort to help track Oliver down.

But Oliver went and made it easy for them. 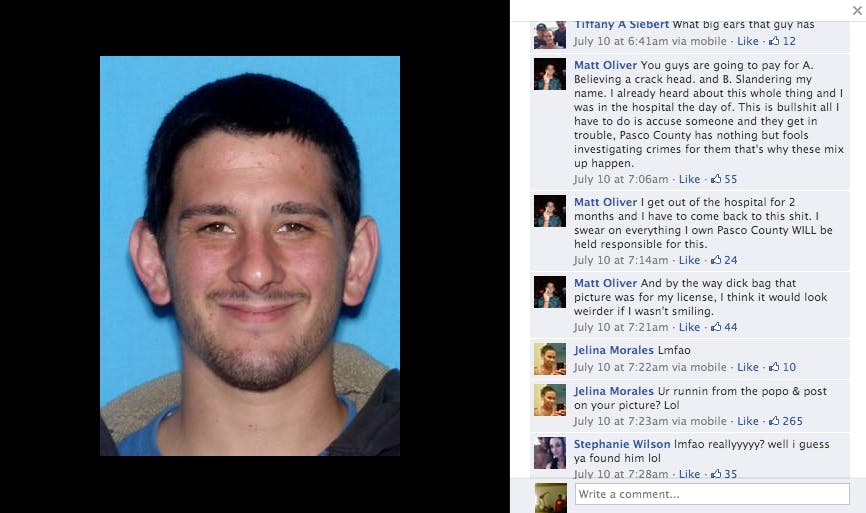 The sheriff’s office wrote back, telling Oliver, “If you would like to discuss your active warrant, please call the Fugitive Warrants Unit at 813-235-6064.”

Oliver didn’t do that. Rather, he came back to the Facebook page a few hours later to specify his alibi, writing that he “got cut during an mms fight [and] got mrs mrsa [methicillin-resistant staphylococcus aureus, a staff infection]” and has “been in the hospital since the end of April.”

“It’s hard to prove something when I’m hooked up to Antibiotics,” he wrote in a statement that’s not at all true.

Police were able to track down Oliver’s apartment on Friday. That afternoon, a police officer staked out his spot and waited for Oliver to talk outside. When he did, the officer arrested him.