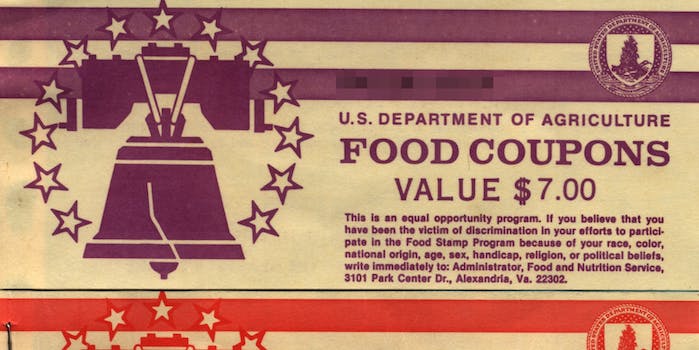 We need a Darwin Awards for social media.

Last month, police were alerted to the postings of 23-year-old Ashley Renee McGinley. She was asking $50 for a $100 card, according to the Hernando County Sheriff’s Office. (Her page appears to have been deleted from the social network.)

Police found McGinley already in jail on unrelated charges, and she confessed to selling her EBT card to a friend of hers identified only as “Kenneth.” The man was later identified as Kenneth Dunham. He said McGinley sold her EBT card to him for $100. She was subsequently charged with welfare fraud.

In the past, posting on Facebook has been many a criminal’s undoing. Recently, a man in Florida posted about murdering his wife and included a gruesome photo, while another, also in Florida, received a 15-month prison sentence for threatening to “hunt” President Obama. Three days later, an iPhone thief was caught after accidentally posting a picture of himself on their victim’s Facebook page. The list goes on and on.

It’s getting a little out of hand, really. We need a Darwin Awards for social media.