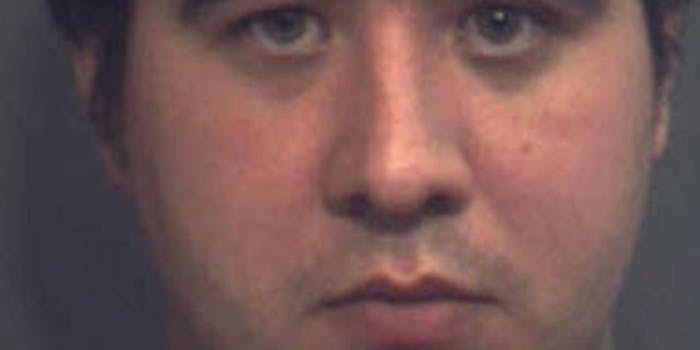 Chrisopher Castillo blames his online outburst on an online troll.

A Florida man who promised to “hunt” down President Obama, “kill him,” and “watch the life disappear from his eyes” in a Facebook post has been sentenced to 15 months in prison.

Melbourne resident Christopher Castillo said he was just joking when he made the threat shortly before the 2012 election. No one was laughing when Secret Service agents showed up on his doorstep a few days later, however, and Castillo quickly confessed. In February, he was convicted of threatening the president, a Class D felony with a maximum penalty of 10 years in jail.

During the trial, Castillo’s lawyer framed him as a victim, claiming he’d been under an intense amount of stress at the time and had even attempted suicide a few days before. “Mr. Castillo is not an assassin,” attorney James Smith told the jury.Castillo only wrote the post, his lawyers argued, because he’d been baited into it by an online troll.

Shockingly the “troll made me do it” defense was not the courtroom homerun Smith hoped it would be.

H/T and photo via Death and Taxes