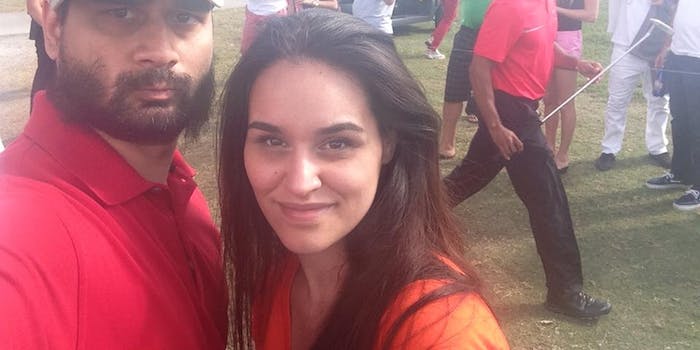 "Take care, Facebook people, you will see me in the news."

After 31-year-old Miami resident Derek Medina allegedly murdered his wife earlier this morning, he snapped a photograph of her bloody body and uploaded it to Facebook. That was followed by a full confession—again, posted directly to his Facebook page (since removed).

I’m going to prison or death sentence for killing my wife love you guys miss you guys take care Facebook people you will see me in the news my wife was punching me and I am not going to stand anymore with the abuse so I did what I did I hope you understand me. 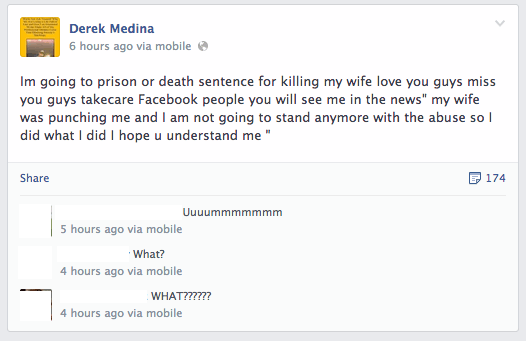 South Miami Police arrested Medina early this morning. He’d told cops in a separate confession he shot his wife during a heated argument. CBS Miami confirmed with police that the body they found inside Medina’s townhome was indeed his wife’s.

The photograph, now removed from Facebook, showed Jennifer Alonso bent over backward, covered in blood, in what appeared to be their kitchen.

Their 10-year-old daughter was home at the time. 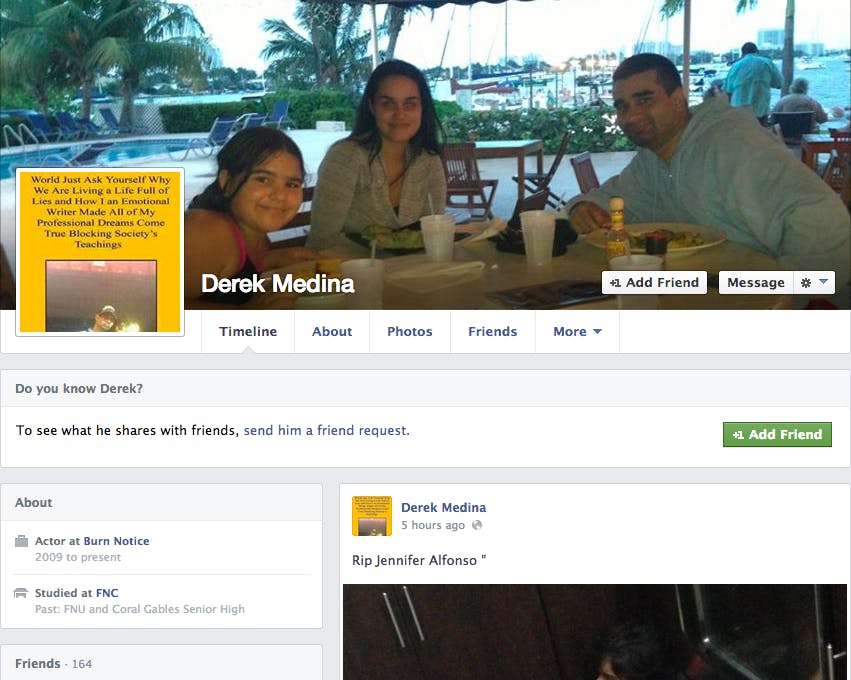 Medina appears to be the author of several self-help e-books. Predictably, Amazon reviewers are flooding them with murder jokes.

He also claims to have been an extra on the show Burn Notice. We found a clip uploaded by a YouTuber with his name: