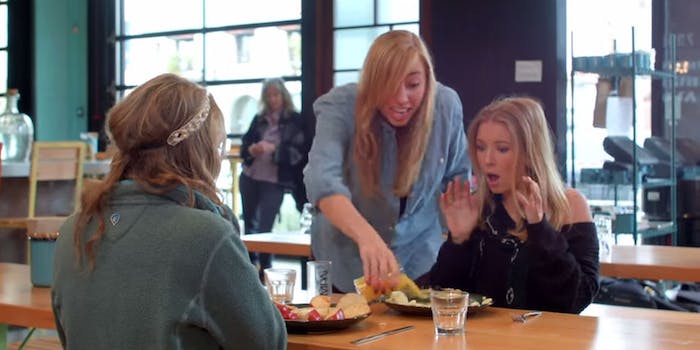 Let’s face it: Hashtags are overused. Social media captions and status updates have been morphed into a mishmash of nonsensical words all prefaced by a pound symbol.

Finally, there is a solution for those of us fed up with this online bastardization of the English language: the “f**k-yer.”

In the YouTube video %# (F*ckyer Hashtag), hosts Todd Mason and Jen McIntyre introduce hashtag-weary Internet users everywhere to a suggested new meaning behind the percent symbol. By placing % in front of any term, you are telling the online community exactly what you really think of their brunches, Throwback Thursdays, and other lame trends. (Video contains language that is NSFW, obviously.)

It’s expected that some people—especially those who can’t write a single word without throwing the pound symbol in front—will shun the new symbolization. To those, I humbly say %opinion.