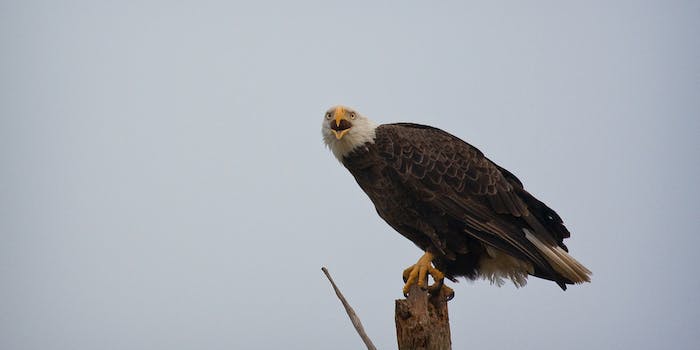 Nothing’s more American than a fisherman rescuing a bald eagle

Would you have the guts to dry off a soaked, cranky bald eagle?

Lifelong fisherman Randy Sadler happened upon a bald eagle in despair. It was in the middle of a large body of water, flapping aimlessly. It was lost offshore in the Pacific Northwest.

With his customized, kite-shaped fishing lure, Sadler and his unidentified cameraman buddy caught the helpless beast: “At least dry its wings, it’s soaked, it can’t do anything.”

And so Sadler proceeded to towel down the bald eagle and spoon-feed it. After a proper nursing, the eagle flew back into the wilderness.

It’s the most American thing you’ll see today. Too bad Sadler is from Tofino, Canada.

Photo via Matthew Paulson/Flickr (CC BY 2.0)