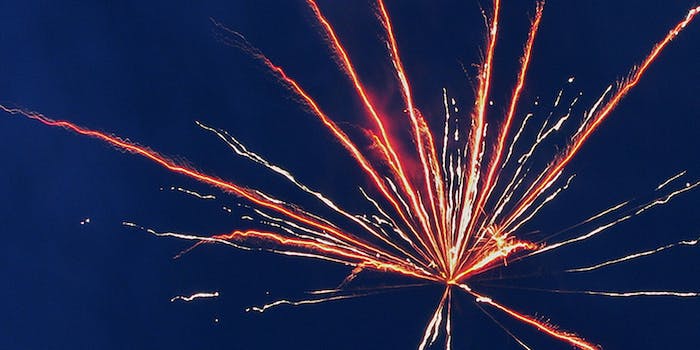 Eat your heart out, Michael Bay.

Few buildings are more dangerous than fireworks factories. That’s why we’re happy to hear that no lives were lost in this tremendous weekend explosion at a Colombian fireworks factory, which burst apart with such force that it knocked over the cameraman.

The blast, which occurred on Sunday, caused only minor injuries, but it stopped traffic on a major road in the city of Granada and ultimately destroyed five gunpowder-filled warehouses. At least 17 homes were damaged.

As belated New Year’s Eve celebrations go, this was not terribly well-planned—but what a spectacle it produced.