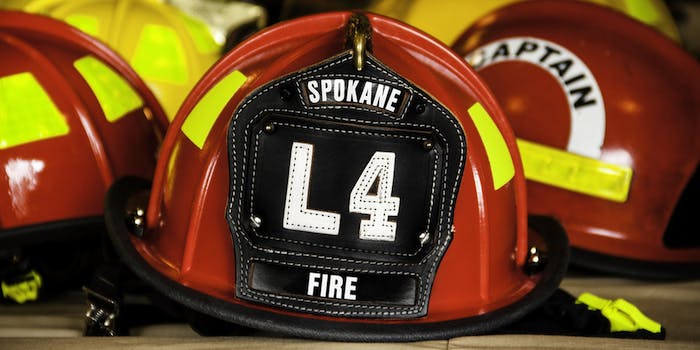 Watch this firefighter take down a would-be convenience store robber

Here’s the scene: Built guy is just at the counter of a gas station convenience store (probably buying a Snickers bar) when some imbecile shoves him out of the way. Turns out the imbecile is an even bigger imbecile than he seemed—he’s trying to rob the store. And also, it turns out the guy he bumped out of the way is a firefighter.

Yep, this happened. And even before the robber could get away with his booty, the firefighter pined him to the ground until the authorities showed up. Talk about the swift fist of justice.

That’ll teach this guy not to cut in line.

Photo via Sheila Sund/Flickr (CC BY 2.0)