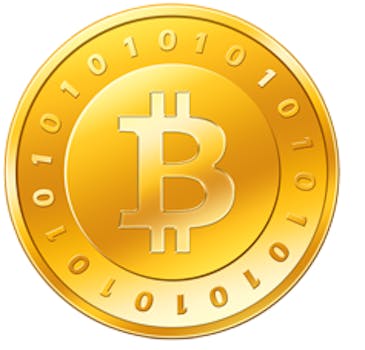 Bitcoin is growing in popularity every day—and the FBI isn't happy.

An FBI report leaked onto the Internet on Wednesday indicates that the internal intelligence agency holds legitimate fears about the rising popularity of Bitcoin payment methods and their abilities to facilitate the distribution of weapons and narcotics.

The report, titled “Bitcoin Virtual Currency: Unique Features Present Distinct Challenges for Deterring Illicit Activity,” was published and marked For Official Use Only two weeks prior to its leaking onto the Internet. In it, the FBI admits to having certain difficulties identifying suspicious users and monitoring certain cash flows within circles that use Bitcoin.

“The FBI assesses with medium confidence that, in the near term, cyber criminals will treat Bitcoin as another payment option alongside more traditional and established virtual currencies such as WebMoney, which they have little reason to abandon,” the report states. “This assessment is based on fluctuations to in the bitcoin exchange rate in 2011 and limited reporting indicating bitcoins are being used as payment by some cyber criminals.”

Bitcoin is an online currency that is difficult both to trace and to identify. It exchanges at a rate of nearly $5 U.S. per coin and has been growing in popularity in recent years. In addition to its presence in the underground worlds of narcotics and weapons trading, the currency is now accepted as a legitimate form of payment on certain online sites that have nothing to do with illegalities—like JJgames.com, a site that sells gaming consoles, and Squarewear.biz, which sells T-shirts and apparel.

Julian Tosh, the founder of stripcoin.com, a site that helps men and women earn Bitcoins by stripping, told the Daily Dot that the currency’s presence in public, legal marketplaces should continue to grow.

“Even though merchants are only slowly adopting Bitcoin, the ease and speed at which [people] can be taught and inspired to hold Bitcoin for short term debts – like a dinner, beer tab, etc – the more this network effect will expand the currency,” he wrote.

“Eventually, some CEO of some company will be one of those people, a light bulb will click on, and they will set the wheels in motion to build the necessary infrastructure in their organization to accept Bitcoin too. No fees, no fraud chargeback, instant global transfers, better security. What CEO wouldn’t want to use all the cost reduction features of Bitcoin? They just have to learn about it and trust it as a store of value over a period of time.”

The FBI remains focused on the damage Bitcoin can do, however, pointing to the currency’s presence in seedier circles.

“If Bitcoin stabilizes and grows in popularity, it will become an increasingly useful tool for various illegal activities beyond the cyber realm,” the FBI states in the report.

The FBI has yet to comment on the contents of the leaked report.