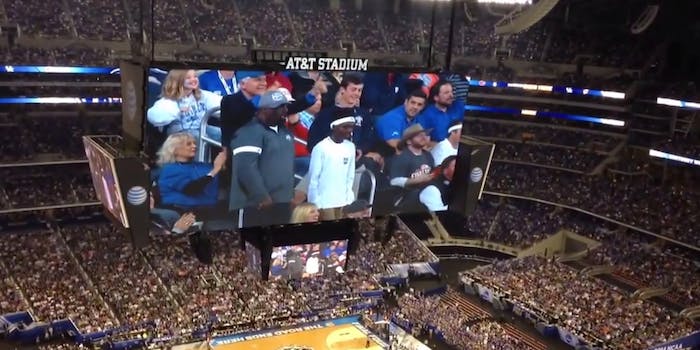 It only gets better.

Your five seconds of fame on the JumboTron just got upstaged.

That giant screen at sporting events can mean excitement or dread (or sometimes even a proposal.) So when it lands on you, you might wave enthusiastically or just look elsewhere and hope the camera operator gets bored with you. But one father and son at an NCAA Final Four Championship Game came prepared.

With “Happy” appropriately playing in the background, they start performing a synchronized dance. And whoever controlled the displays couldn’t get enough of them, because the camera keeps cutting back.

We hope they take this routine to every game.