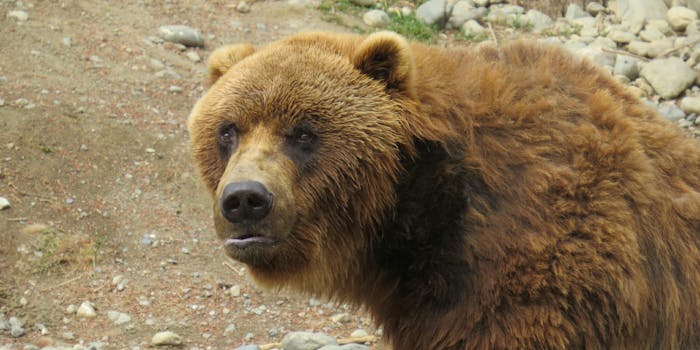 Who will emerge the fattest?

Winter is coming, and if you’re bear, that means fattening up. And if if you’re not a bear, you can kick back and enjoy the wholesome entertainment provided by Fat Bear Week.

According to the Cut, the yearly tradition began back in 2014, when Alaska’s Katmai National Park introduced Fat Bear Tuesday. Likely due to popular interest, the event has now expanded into a week-long bracket competition.

The park provides a live cam and a Facebook page so people across the world can pick and vote for their favorite bears. The competition began on Wednesday and goes through Tuesday, Oct. 9, when one bear will emerge as the fattest.

The park has been posting live updates, including GIFs of the bears’ progress.

That concludes day two of #FatBearWeek! A recap:
32 Chunk lived up to his name and will advance to take on 856 Saturday morning.

In a battle between smaller bears, the tag-team of 435’s chubby cubbies wasn't enough to outweigh 719. She'll face 747 😱 on Saturday afternoon. pic.twitter.com/Q7MFWYsDwR

Round three of #FatBearWeek is underway! Fat is a sign of success in bears and we’re celebrating that cellulite.

The frontrunner so far is bear 747, who according to one ecologist ate 67,000 calories of salmon in about three hours.

We're entering the last few weeks of weight gain before Fat Bear Week commences. Here's a look at 747 (foreground) and 480 (background). Which bear seems to have gained the most weight so far this season? pic.twitter.com/OPNvS6VvB6

In a press release, the park explained the bears are going through “hyperphagia,” which means they eat constantly.

“Since July, the bears have seen dramatic and transformative weight gain that will be on full display during Fat Bear Week,” the press release said.