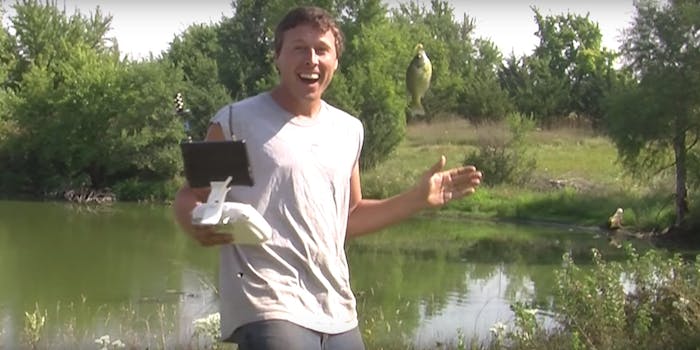 Trendsetting farmer uses his drone to catch a fish

Who needs a fishing rod when you've got a drone and some bait?

It was only a matter of time before someone tried to catch a fish with a drone.

Farmer Derek Klingenberg was super excited to test out his quadcopter over the water, so he attached a fishing line and waited until something took the bait.

We doubt this is any more efficient than traditional fishing, but it’s certainly a fun excuse to play around with the grown-up version of a remote-controlled helicopter.